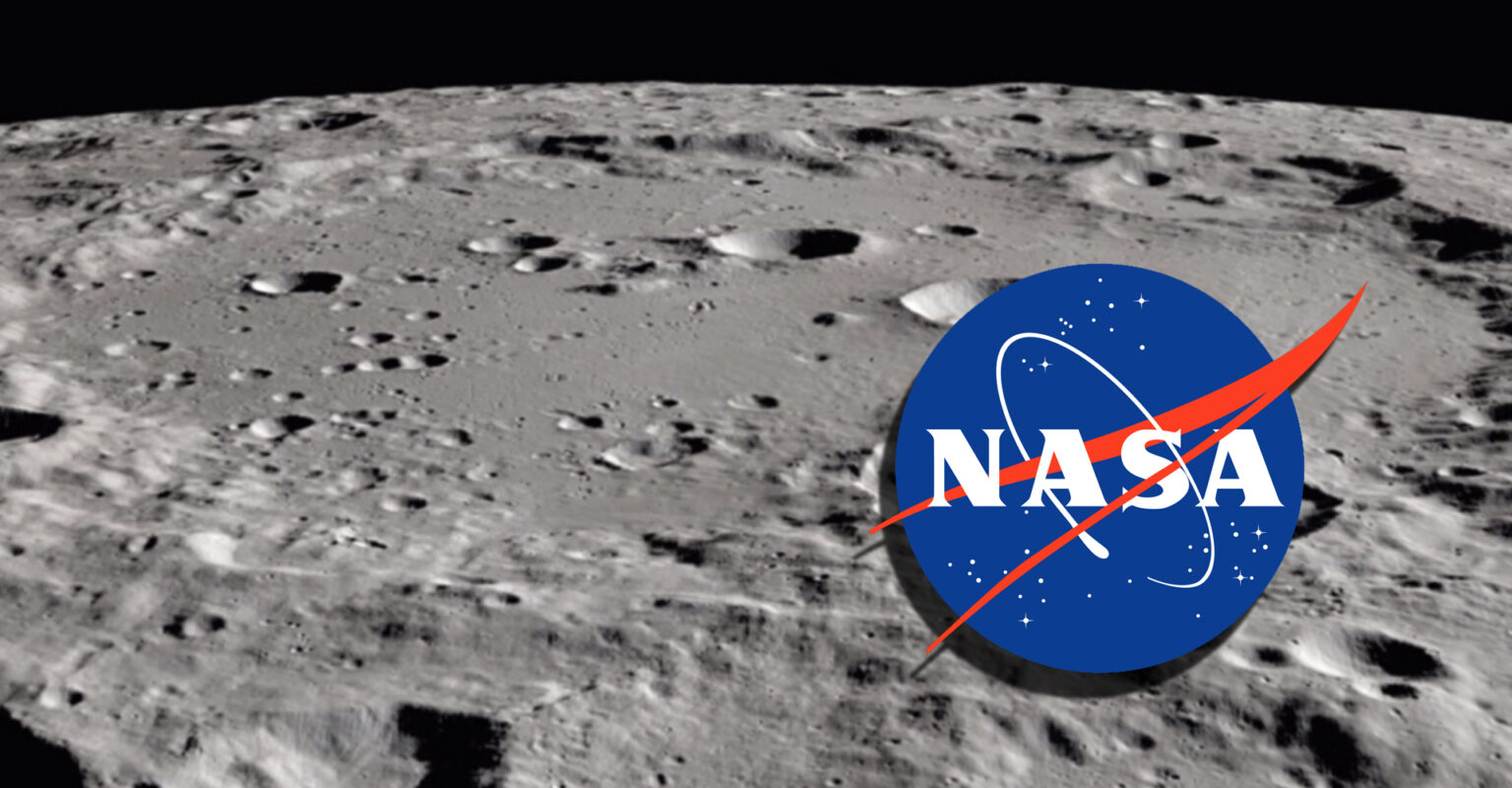 The following is NASA press release 20-105. It is archived here for reference.

NASA’s Stratospheric Observatory for Infrared Astronomy (SOFIA) has confirmed, for the first time, water on the sunlit surface of the Moon. This discovery indicates that water may be distributed across the lunar surface, and not limited to cold, shadowed places.

SOFIA has detected water molecules (H2O) in Clavius Crater, one of the largest craters visible from Earth, located in the Moon’s southern hemisphere. Previous observations of the Moon’s surface detected some form of hydrogen, but were unable to distinguish between water and its close chemical relative, hydroxyl (OH). Data from this location reveal water in concentrations of 100 to 412 parts per million – roughly equivalent to a 12-ounce bottle of water – trapped in a cubic meter of soil spread across the lunar surface. The results are published in the latest issue of Nature Astronomy.

“We had indications that H2O – the familiar water we know – might be present on the sunlit side of the Moon,” said Paul Hertz, director of the Astrophysics Division in the Science Mission Directorate at NASA Headquarters in Washington. “Now we know it is there. This discovery challenges our understanding of the lunar surface and raises intriguing questions about resources relevant for deep space exploration.”

As a comparison, the Sahara desert has 100 times the amount of water than what SOFIA detected in the lunar soil. Despite the small amounts, the discovery raises new questions about how water is created and how it persists on the harsh, airless lunar surface.

Water is a precious resource in deep space and a key ingredient of life as we know it. Whether the water SOFIA found is easily accessible for use as a resource remains to be determined. Under NASA’s Artemis program, the agency is eager to learn all it can about the presence of water on the Moon in advance of sending the first woman and next man to the lunar surface in 2024 and establishing a sustainable human presence there by the end of the decade.

SOFIA’s results build on years of previous research examining the presence of water on the Moon. When the Apollo astronauts first returned from the Moon in 1969, it was thought to be completely dry. Orbital and impactor missions over the past 20 years, such as NASA’s Lunar Crater Observation and Sensing Satellite, confirmed ice in permanently shadowed craters around the Moon’s poles. Meanwhile, several spacecraft – including the Cassini mission and Deep Impact comet mission, as well as the Indian Space Research Organization’s Chandrayaan-1 mission – and NASA’s ground-based Infrared Telescope Facility, looked broadly across the lunar surface and found evidence of hydration in sunnier regions. Yet those missions were unable to definitively distinguish the form in which it was present – either H2O or OH.

“Prior to the SOFIA observations, we knew there was some kind of hydration,” said Casey Honniball, the lead author who published the results from her graduate thesis work at the University of Hawaii at Mānoa in Honolulu. “But we didn’t know how much, if any, was actually water molecules – like we drink every day – or something more like drain cleaner.”

SOFIA offered a new means of looking at the Moon. Flying at altitudes of up to 45,000 feet, this modified Boeing 747SP jetliner with a 106-inch diameter telescope reaches above 99% of the water vapor in Earth’s atmosphere to get a clearer view of the infrared universe. Using its Faint Object infraRed CAmera for the SOFIA Telescope (FORCAST), SOFIA was able to pick up the specific wavelength unique to water molecules, at 6.1 microns, and discovered a relatively surprising concentration in sunny Clavius Crater.

“Without a thick atmosphere, water on the sunlit lunar surface should just be lost to space,” said Honniball, who is now a postdoctoral fellow at NASA’s Goddard Space Flight Center in Greenbelt, Maryland. “Yet somehow we’re seeing it. Something is generating the water, and something must be trapping it there.”

How the water then gets stored – making it possible to accumulate – also raises some intriguing questions. The water could be trapped into tiny beadlike structures in the soil that form out of the high heat created by micrometeorite impacts. Another possibility is that the water could be hidden between grains of lunar soil and sheltered from the sunlight – potentially making it a bit more accessible than water trapped in beadlike structures.

For a mission designed to look at distant, dim objects such as black holes, star clusters, and galaxies, SOFIA’s spotlight on Earth’s nearest and brightest neighbor was a departure from business as usual. The telescope operators typically use a guide camera to track stars, keeping the telescope locked steadily on its observing target. But the Moon is so close and bright that it fills the guide camera’s entire field of view. With no stars visible, it was unclear if the telescope could reliably track the Moon. To determine this, in August 2018, the operators decided to try a test observation.

“It was, in fact, the first time SOFIA has looked at the Moon, and we weren’t even completely sure if we would get reliable data, but questions about the Moon’s water compelled us to try,” said Naseem Rangwala, SOFIA’s project scientist at NASA’s Ames Research Center in California’s Silicon Valley. “It’s incredible that this discovery came out of what was essentially a test, and now that we know we can do this, we’re planning more flights to do more observations.”

SOFIA’s follow-up flights will look for water in additional sunlit locations and during different lunar phases to learn more about how the water is produced, stored, and moved across the Moon. The data will add to the work of future Moon missions, such as NASA’s Volatiles Investigating Polar Exploration Rover (VIPER), to create the first water resource maps of the Moon for future human space exploration.

In the same issue of Nature Astronomy, scientists have published a paper using theoretical models and NASA’s Lunar Reconnaissance Orbiter data, pointing out that water could be trapped in small shadows, where temperatures stay below freezing, across more of the Moon than currently expected. The results can be found here.

“Water is a valuable resource, for both scientific purposes and for use by our explorers,” said Jacob Bleacher, chief exploration scientist for NASA’s Human Exploration and Operations Mission Directorate. “If we can use the resources at the Moon, then we can carry less water and more equipment to help enable new scientific discoveries.”

SOFIA is a joint project of NASA and the German Aerospace Center. Ames manages the SOFIA program, science, and mission operations in cooperation with the Universities Space Research Association, headquartered in Columbia, Maryland, and the German SOFIA Institute at the University of Stuttgart. The aircraft is maintained and operated by NASA’s Armstrong Flight Research Center Building 703, in Palmdale, California.