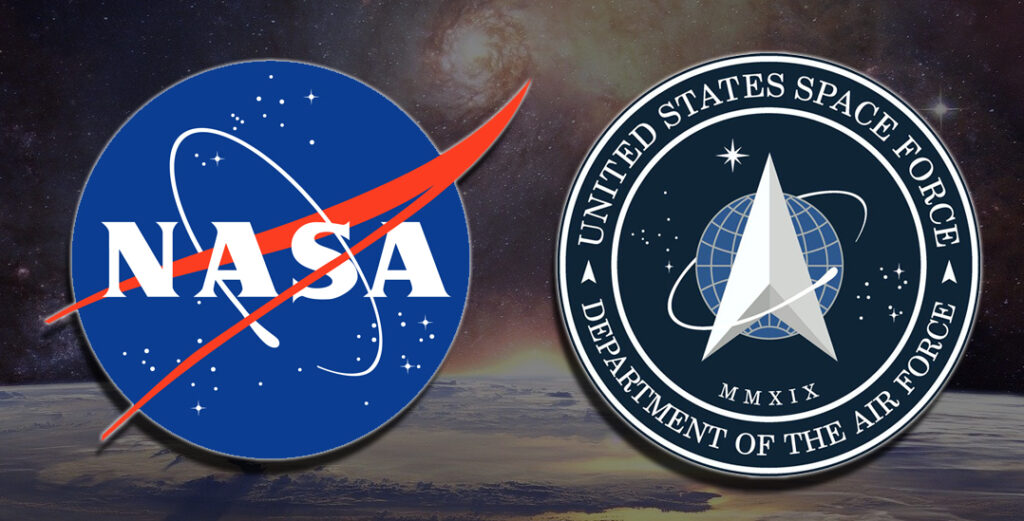 While advancing plans for unprecedented lunar exploration under the Artemis program, NASA also is building on a longstanding partnership with the Department of Defense with a new memorandum of understanding announced today by NASA Administrator Jim Bridenstine and U.S. Space Force (USSF) Chief of Space Operations Gen. John “Jay” Raymond.

“NASA’s partnerships are vital to ensuring America continues to lead the world in the peaceful uses of outer space,” Bridenstine said. “This agreement with the U.S. Space Force reaffirms and continues our rich legacy of collaboration with the Defense Department and provides a critical foundation to investigate areas of mutual interest for our distinct civil and defense roles in space.”

The memorandum replaces an agreement signed 14 years ago between NASA and the U.S. Air Force Space Command, under which the two organizations exchanged research and development information, sought to reduce duplication of system development, and collaborated in the long-term planning of each organization’s space roadmaps.

“NASA and the military share a long history dating back to the late 1950s; there is power in our partnership,” Raymond said. “A secure, stable, and accessible space domain underpins our nation’s security, prosperity and scientific achievement. Space Force looks forward to future collaboration, as NASA pushes farther into the universe for the benefit of all.”

Freedom of action in space provides NASA and allied-nation space agencies the ability to explore and discover, and will enable America’s return to the Moon and subsequent exploration of Mars. The USSF will secure the peaceful use of space, free for any who seek to expand their understanding of the universe, by organizing, training and equipping forces to protect U.S. and allied interests in space.

As part of its Artemis program, NASA plans to send the first woman and next man to the lunar surface in 2024 and establish a sustainable presence there by the end of the decade. The agency will use the Moon to prepare for its next giant leap – human exploration of Mars. Learn more about how NASA is returning to the Moon to prepare for Mars, go to: https://www.nasa.gov/moontomars