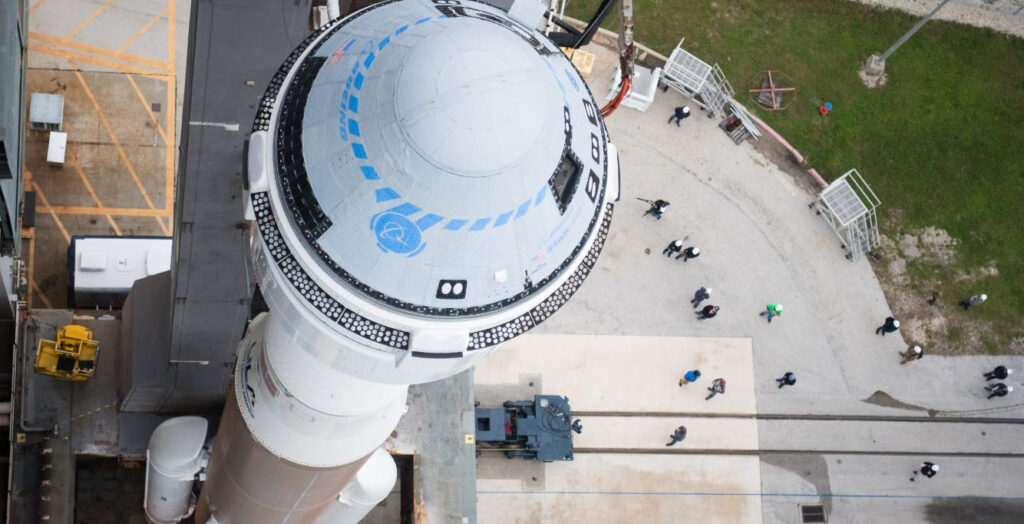 The Boeing CST-100 Starliner (Crew Space Transportation) crew capsule is a spacecraft under construction by Boeing as its participation in NASA’s Commercial Crew Development (CCDev) program. Its primary purpose is to transport crew to the International Space Station (ISS) and to private space stations such as the proposed Bigelow Aerospace Commercial Space Station.

The December 20, 2019, launch was successful but Starliner did not reach its intended orbit. Leaders brief media on mission status on next steps.

“I am incredibly proud of the NASA, Boeing, and United Launch Alliance teams and their ongoing work in a dynamic situation to ensure the CST-100 Starliner spacecraft is safe on its Orbital Flight Test. The teams continue their work to meet as many mission objectives as possible and return safely to Earth. We continue to gather critical data that will help us ensure safety and reliability for future human space flight missions.

“This is in fact why we test. Teams worked quickly to ensure the spacecraft was in a stable orbit and preserved enough fuel to ensure a landing opportunity.

“Boeing, in coordination with NASA, is working to return Starliner to White Sands, New Mexico, Sunday.

“At NASA we do really difficult things, and we do them all the time. I spoke to Vice President Pence, Chairman of the National Space Council, and he remains very optimistic in our ability to safely launch American astronauts from American soil. We remain positive even though we did face challenges today. We’ll be getting a lot more data in the coming days.

“One of the biggest successes today was watching NASA, Boeing, ULA teams work to make the right decisions for our astronauts and country. We will continue to share information. It’s in the interest of the nation. We’ll share data as soon as possible.”