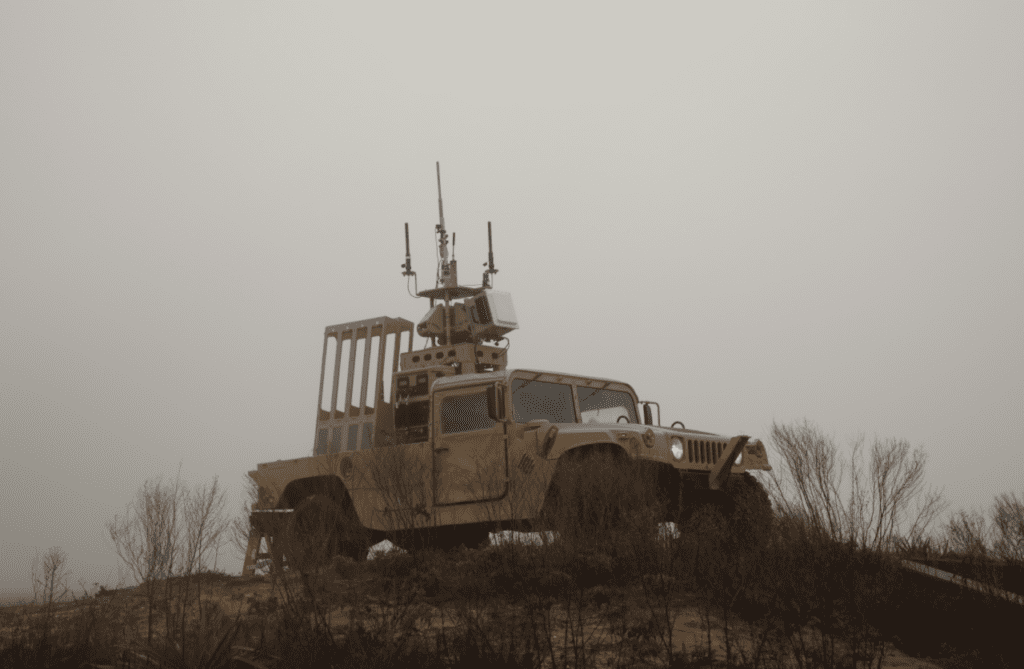 On June 7, 2021, DARPA released the following press release, with the video above.

The technology demonstrator successfully neutralized tactically-relevant drones using a newly-developed X band radar that automatically senses and identifies unmanned aerial system threats. The radar then pairs targets to specific interceptors through an automated decision engine tied to a command and control system, launching and guiding rotary and fixed wing interceptors with two types of drone countermeasures while on the move and without operator intervention.

“Because we were focusing on protecting mobile assets, the program emphasized solutions with a small footprint in terms of size, weight, and power,” said MFP program manager Gregory Avicola in DARPA’s Tactical Technology Office. “This also allows for more affordable systems and less operators.”

The requirement that the system field non-kinetic solutions pushed concepts that could be employed in and around civilian areas. The primary drone negation mechanism shoots strong, stringy streamers from reusable interceptors that foul propellers causing loss of propulsion. Additionally, other non-kinetic techniques were developed and demoed. The focus on defeating raids with multiple threats, rather than single unmanned aerial attackers, required the development of an integrated solution of sensors, autonomy, and mitigation solutions more robust than existing systems. Dynetics was the primary systems integrator.

DARPA is currently working with the military services to transition technology developed in the MFP project into various acquisition programs.