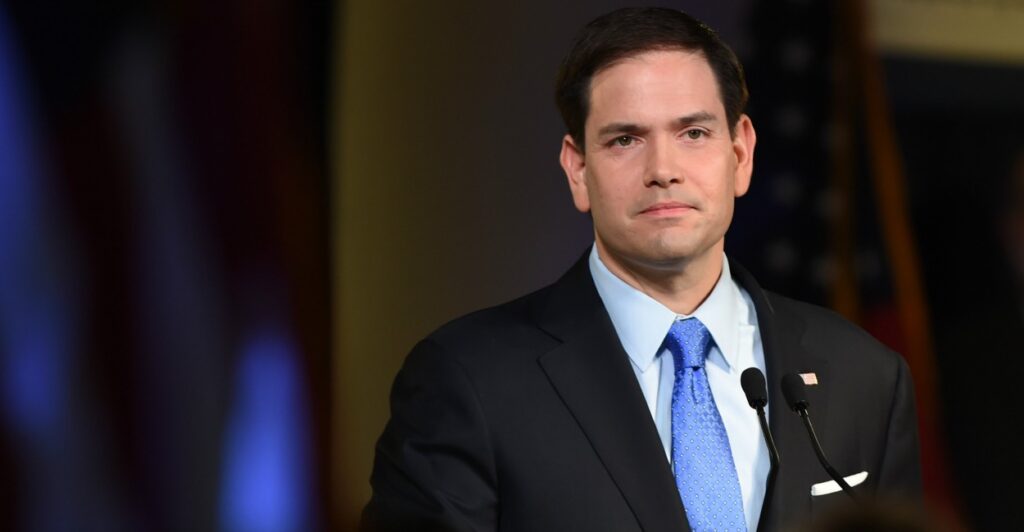 According to Marco Rubio’s biography on Wikipedia:

Marco Antonio Rubio (born May 28, 1971) is the junior United States Senator from Florida, serving since January 2011. He previously served as Speaker of the Florida House of Representatives, and is currently a candidate for President of the United States in the 2016 U.S. presidential election.

Rubio is a Cuban American native of Miami. He graduated from the University of Florida and the University of Miami School of Law. In the late 1990s, he served as a City Commissioner for West Miami and was elected to the Florida House of Representatives in 2000, representing the 111th House district. He was elected Speaker in September 2005.

Rubio announced a run for U.S. Senate in May 2009 after incumbent Republican Mel Martínez announced that he would not be seeking reelection. Initially trailing by double-digits against the incumbent Republican Governor Charlie Crist, Rubio eventually surpassed him in polling for the Republican nomination. Crist then opted instead to run with no party affiliation, and Rubio went on to win the Republican nomination, and then won the general election in November 2010 with 49 percent of the vote.

Since announcing his presidential candidacy on April 13, 2015 Rubio has participated in nationally televised debates, and has pitched his candidacy as an effort to restore the American Dream for middle- and working-class families.