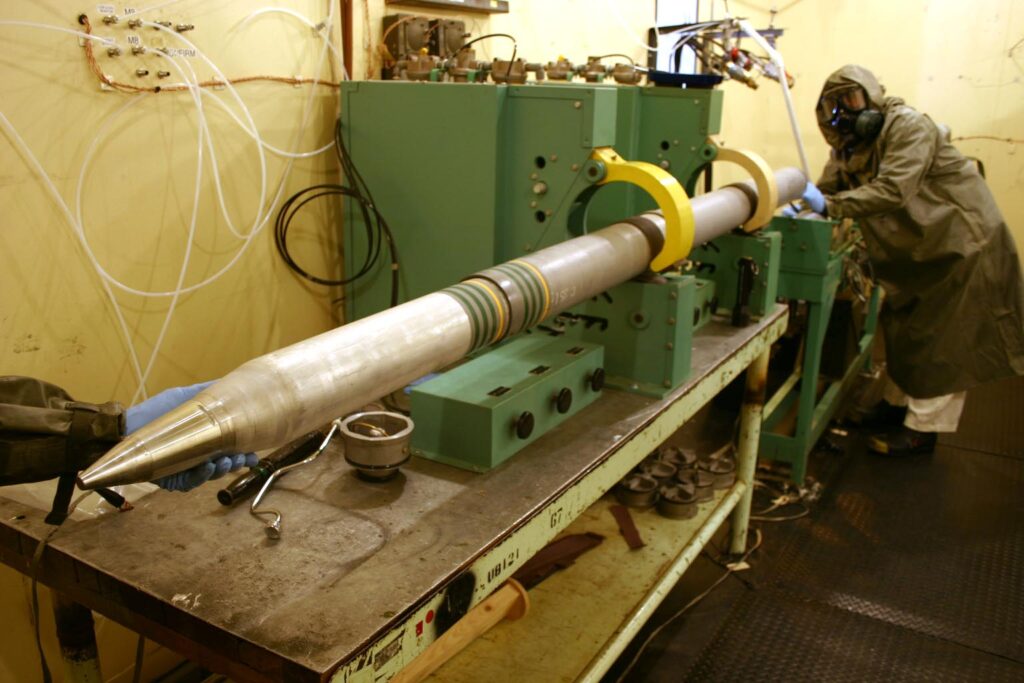 In 1951 the US Army Chemical Corps and Ordnance Corps initiated a joint program to develop a 115mm chemical rocket. The US Army Ordnance Corps designed the 115mm T238 and launcher in 1957 to provide the army a means to attack large area targets with chemical agents.

Artillery and mortars are for small area targets; and due to different spin stabilities weapons intended for explosives are not ideal for chemical delivery. The 115mm rocket was subsequently accepted as the M55 rocket with M91 launcher.

Produced from 1959–1965, the M55s were manufactured at Newport Army Ammunition Plant and tested at Aberdeen Proving Ground.

The Army produced unitary warheads filled with Sarin (GB) and VX nerve agents for the M55.

A Evaluation of the Duration of Fly Through Obtained When Tracking with the Speed Ring Sight on the M-55 Weapon [27 Pages, 5.5MB]