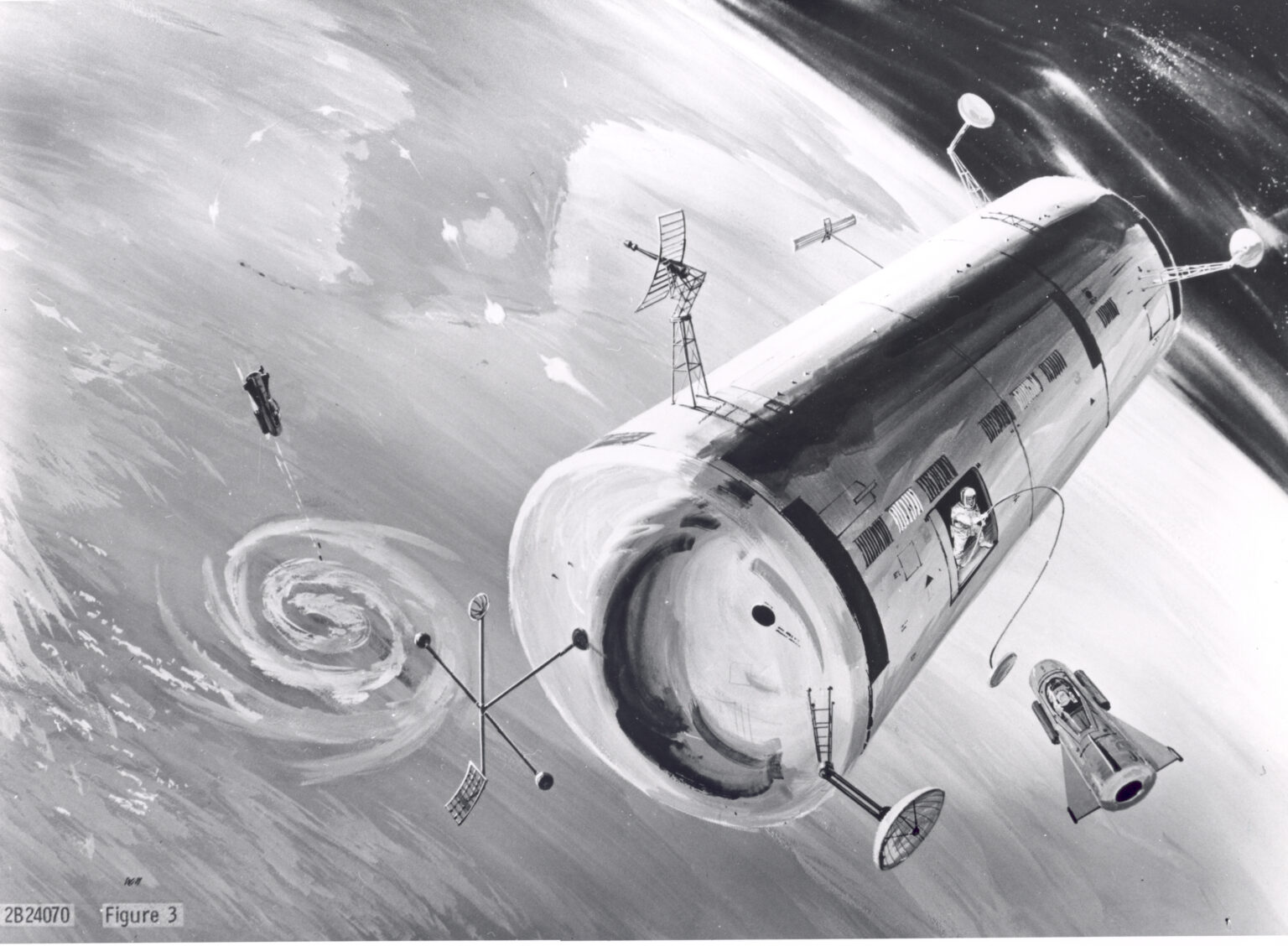 The Manned Orbiting Laboratory (MOL) was a 1960s Air Force program with the ostensible mission to place military personnel in orbit to conduct scientific experiments to determine the “military usefulness” of placing man into space and the techniques and procedures for doing so if the need ever arose. The actual, classified, mission of the MOL program was to place a manned surveillance satellite into orbit.

At the time, several military and contractor studies estimated that manned surveillance satellites could acquire photographic coverage of the Soviet Union with resolution better than the best system at the time (the first generation Gambit satellite). Additionally, the Air Force billed the MOL as a reconnaissance system that could more efficiently and quickly adjust coverage for crises and targets of opportunity than unmanned systems. The Air Force controlled development of the satellite, which was consistent with MOL’s unclassified mission, while the NRO ran development of the covert reconnaissance mission of the program, including the camera system and other subsystems.

Secretary of Defense McNamara publicly announced the start of the MOL program in December 1963. However, even though the program had support for the military and the President, it was seldom fully funded due to competition from other DoD programs, NASA, and general governmental budgetary pressure. By the time initial studies, planning, and organization were completed and the program was ready to expand into full-scale development and production in the late-60s, budgetary pressure had significantly increased due to NASA’s Apollo program and the Vietnam War.

At a time when the program required increased expenditures, its budget was being slashed, and as a result, its timelines and costs were expanded and increased. With growing pressure from the expansion of the Vietnam War, and perceived duplication of effort with NASA programs, and improved performance of operating unmanned surveillance systems, in June 1969 the President cancelled the MOL program, and with it, the Air Force’s last chance to develop a manned space flight program. The MOL program operated for five and one half years and spent $1.56 billion, but never launched a manned vehicle into space.

The Dorian Files Revealed: A Compendium of the NRO’ s Manned Orbiting Laboratory Documents, August 2015 [232 Pages, 38.9MB] – This collection joins two others released in the last five years by the Center for the Study of National Reconnaissance (CSNR)—one on the Gambit and Hexagon Photo reconnaissance satellite programs and the other on the Quill radar imagery experimental program. All three were inspired by the Central Intelligence Agency’s Center for the Study of Intelligence Corona photo reconnaissance satellite program compendium—released in conjunction with the Corona program declassification. We believe that these compendiums, with a historical essay on the programs, are well suited to help the American public understand the importance and contributions of the nation’s national reconnaissance programs.