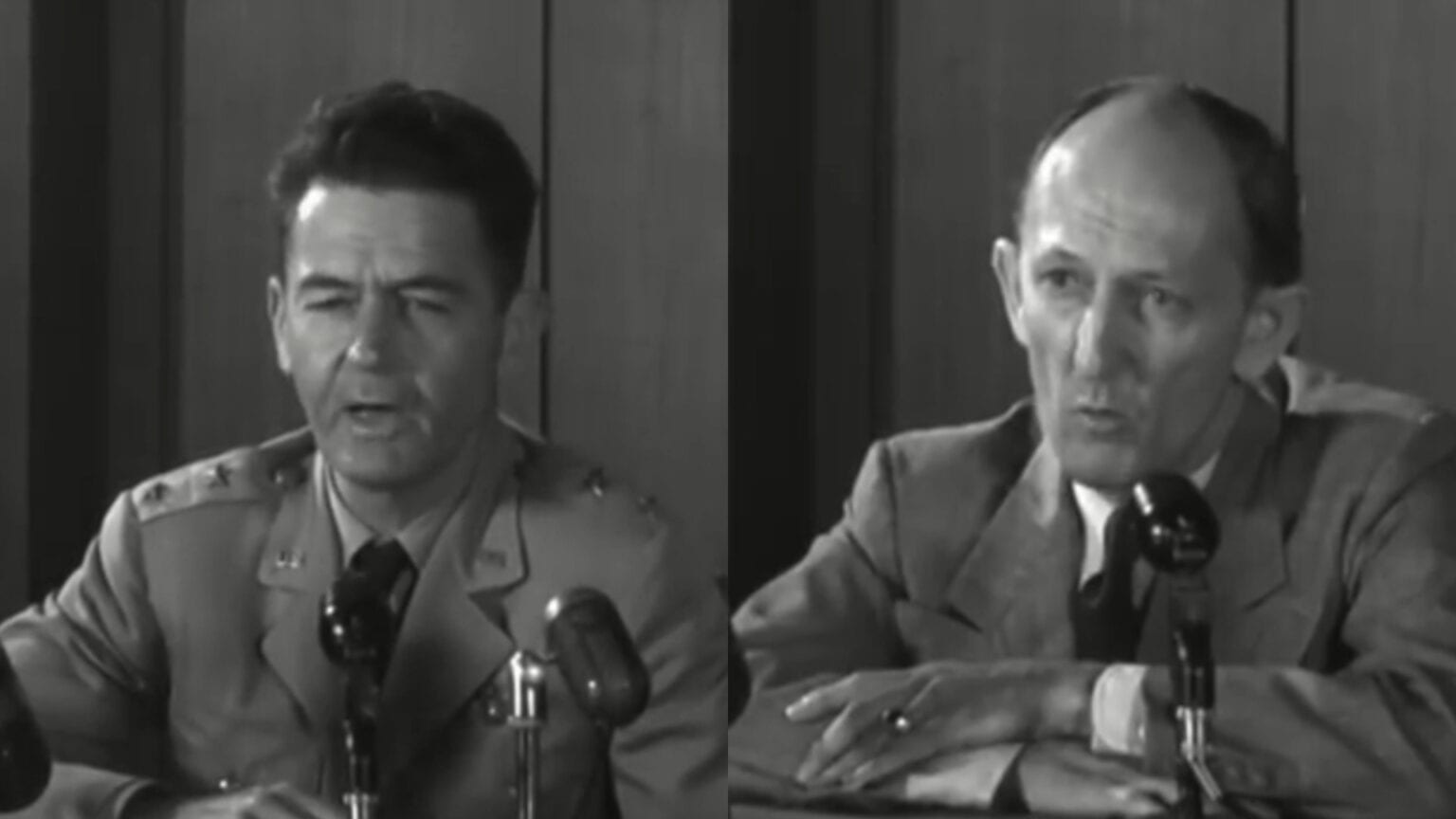 This film reel is of a press conference held by the Air Force to address the rash of UFO sightings over Washington, D.C. in 1952.

In this interview, Major General John A. Samford explains the Air Force’s objective to identify and analyze potential threats from the UFO phenomenon.

Appearing in the video after Maj. Gen. Samford is Donald Keyhoe.

The press conference was held on July 31, 1952, and this film reel is found within the National Archives & Records Administration.

According to General Samford, between 1947 and the time of the interview (a span of about five years), there were between 1,000 and 2,000 reports collected. “The great bulk” of them could be explained as hoaxes, mistakes, or naturally occurring phenomena. The rest of the sightings, which were made by “credible observers of relatively incredible things” were what the Air Force was “attempting to resolve” with Project Blue Book.