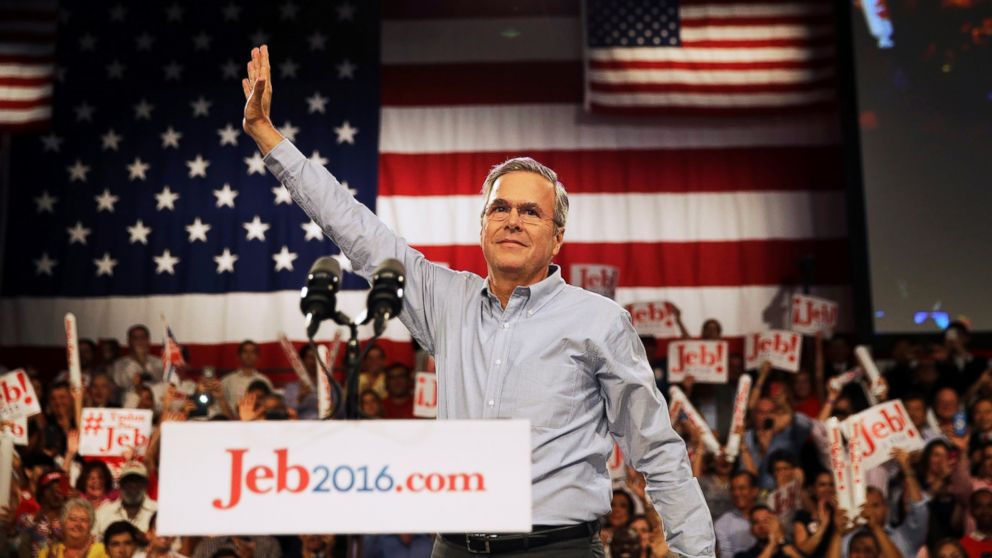 According to Wikipedia’s biography of Jeb Bush:

John Ellis “Jeb” Bush (born February 11, 1953) is an American businessman and politician who served as the 43rd Governor of Florida from 1999 to 2007. He is currently a candidate for President of the United States in the 2016 U.S. presidential election.

Bush, who grew up in Houston, is the second son of former President George H. W. Bush and former First Lady Barbara Bush, and a brother of former President George W. Bush. He graduated from Phillips Academy in Andover, Massachusetts and attended the University of Texas, where he earned a degree in Latin American affairs. In 1980, he moved to Florida and pursued a career in real estate development, and in 1986 became Florida’s Secretary of Commerce until 1988. At that time, he joined his father’s successful campaign for the Presidency.

In 1994, Bush made his first run for office, losing the election for governor by less than two percentage points to the incumbent Lawton Chiles. Bush ran again in 1998 and defeated Lieutenant Governor Buddy MacKay with 55 percent of the vote. He ran for reelection in 2002 and won with 56 percent to become Florida’s first two-term Republican governor. During his eight years as governor, Bush was credited with initiating environmental improvements, such as conservation in the Everglades, supporting caps for medical malpractice litigation, moving Medicaid recipients to private systems, and instituting reforms to the state education system, including the issuance of vouchers and promoting school choice.

Since announcing his presidential candidacy on June 15, 2015, Bush has appeared in nationally-televised debates, and stressed civility, competence and his belief that slow and steady wins the race.