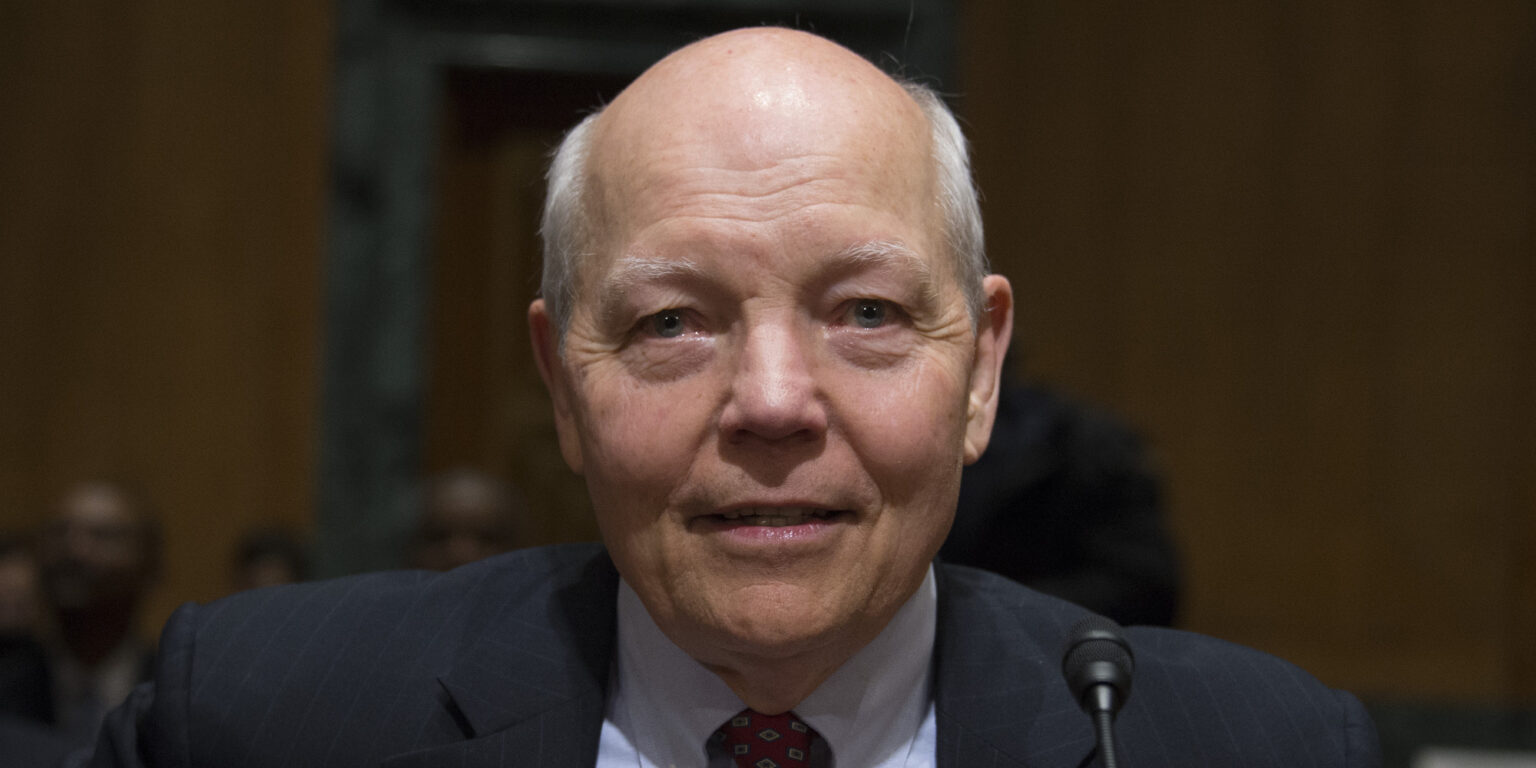 The Freedom of Information Act (FOIA) can be a powerful tool. And with the recent controversy about Hillary Clinton, and her use of a private e-mail server (thus negating the reach of the FOIA), I thought it might be fun to start filing requests, for high ranking government officials, and see what they are talking about behind the scenes.  In this particular case? What IRS Commissioner John Koskinen was saying, about Donald Trump.

I filed multiple requests at different time frames for responsive documents. You will find both cases below.

On June 27, 2016, I filed a FOIA requests for all e-mails, sent to or from John Koskinen, which contained the word, “Trump.”

These are the results:

On November 6, 2015, I filed a FOIA requests for all e-mails, sent to or from John Koskinen, which contained the word, “Trump.”

It took until June of 2016, to get the response. I received 29 pages of e-mails, most of which pertained to the Trump Organization and the construction of buildings which may have affected traffic near an IRS building, etc.

However, one stuck one. One e-mail sent to Mr. Koskinen, was a scathing review of one of the Republican Presidential Primary debates in 2015. It came from Mr. Geoffrey Peterson, head of, “The Peterson Group.”

“Senator Rand Paul did the worst. His hair looked worse than usual, like a small animal was sleeping on his head… Paul’s whiny back and forth with Christie did him no good. He will drop.”

“Where did friendly conservative Mike Huckabee go. He used to say he was a conservative but was not angry about it. Tonight he was angry and didn’t help himself. His hairline looked weird and all that weight regained has not given him more appeal. He will remain very marginal.”

“Ben Carson seemed half asleep during the first part of the debate, projecting no energy and had an attitude of bemusement about the debate. He had some good and clever answers toward the end. But he is a glib lightweight who really is in t his, I think, to sell books. I think the half brain that he removed was his.”

“Scott Walker, on the other hand, by contrast, looked canned and phony. He was especially tone deaf on the policing issue where instead of talking about the underlying national problem that blacks are at the mercy of the police, made it into a simple police training issue. Aside from the merits it showed me he was tone deaf. He didn’t answer a couple of questions and I had a negative feeling. He looks plastic to me.” (Full review can be downloaded below)

Although no one can fault Koskinen for receiving the e-mail, it does offer insight to whom he surrounds himself with. You will notice in the e-mail chain, that Mr. Koskinen and Mr. Peterson were set to have dinner in the following weeks of the e-mail, so obviously, this was a close associate.

But who is Mr. Peterson?

Upon digging, I believe this is the same Geoffrey Peterson, and appears to donate a considerable amount of money.

According to Influence Explorer, Mr. Peterson has donated more than $167,000 over the years, to various politicians, primarily Democrats, including Harry Reid, Hillary Clinton and Al Gore which top the list. He has also donated to many different PACs and causes.

A look at Campaign Money, shows the breakdown of many of his contributions, going back well more than a decade.