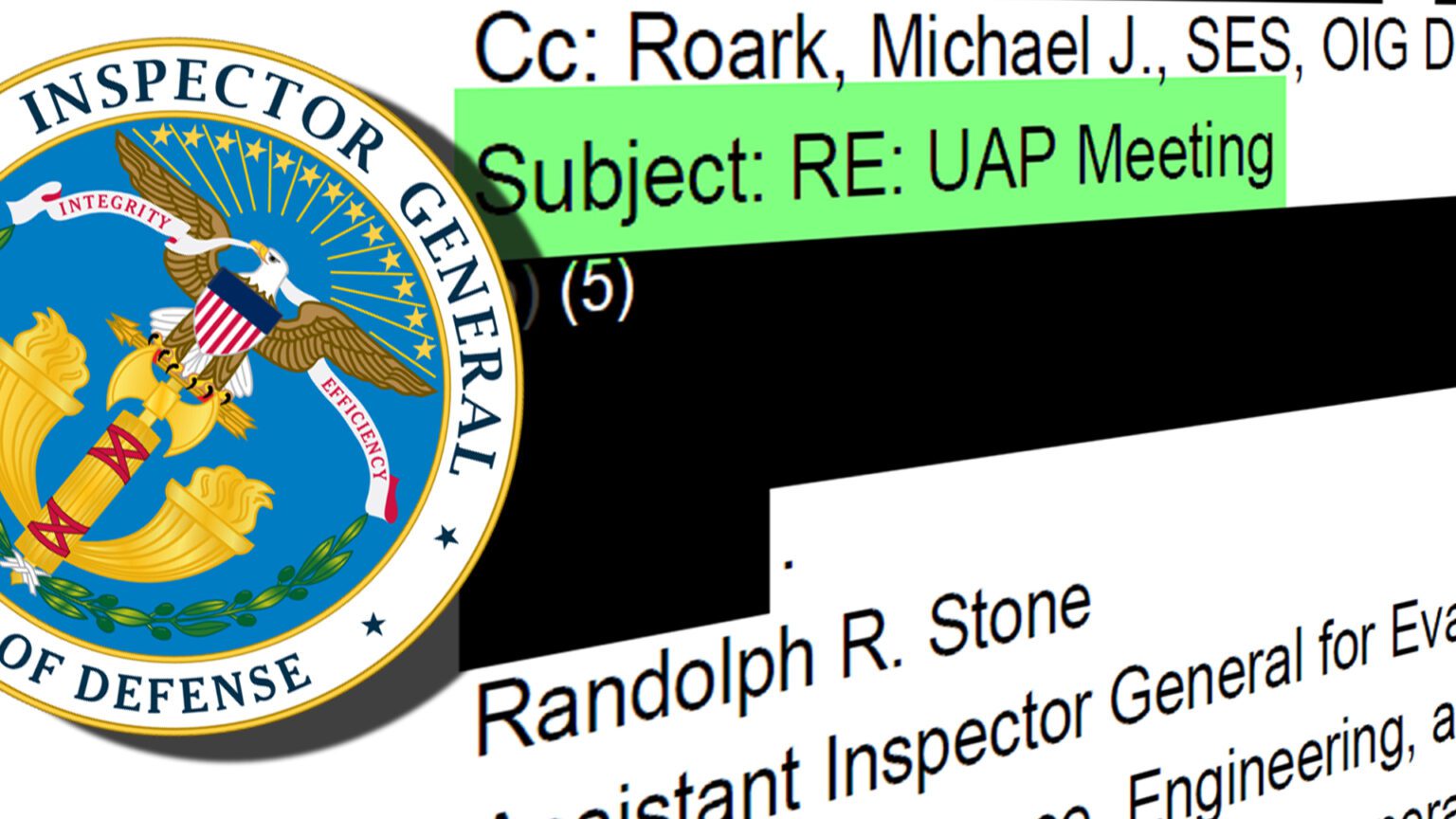 FLASH: This is a document dump, with an article and video companion piece to be featured later.

The below documents were obtained via the Freedom of Information Act, by The Black Vault, in FOIA Cases DODOIG-2021-000805 and DODOIG-2021-000811 with the Department of Defense Inspector General (DoD/IG).

The request was a search of nine DoD/IG officials, which included Randolph R. Stone, Assistant Inspector General for Evaluations of Space, Intelligence, Engineering and Oversight. Stone wrote the original memo sent out announcing the DoD/IG’s “Evaluation of the DoD’s Actions Regarding the Unidentified Aerial Phenomena (Project No. D2021-DEV0SN-0116.000).” You will find that memo at the top of the release below.