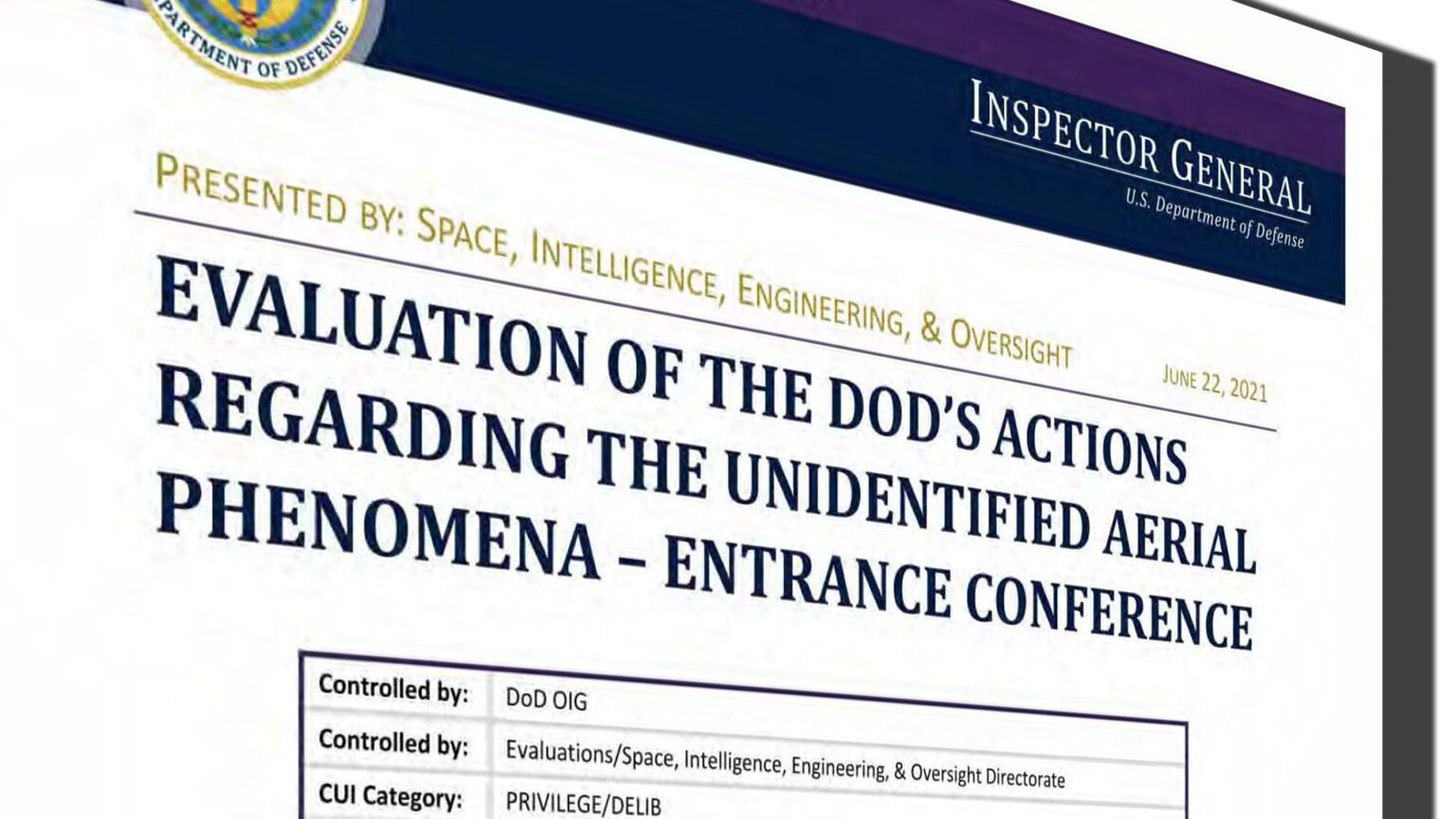 On September 16, 2021, The Black Vault received via Freedom of Information Act (FOIA) case DODOIG-2021-001399, an internal Department of Defense / Office of the Inspector General (DoD/OIG) PowerPoint presentation regarding their previously announced DOD/OIG Announces Unidentified Aerial Phenomena (UAP) Evaluation. The documents released, which held the designation “Controlled Unclassified Information” or CUI, shed more light on the DoD/OIG “Evaluation” of the DoD’s actions regarding UAPs.

The PowerPoint presentation appears to be from slides created for a June 30, 2021, “Management Entrance Conference” that focused in on the announced DoD/OIG “evaluation” of the DoD’s actions regarding UAPs.

One of the key sections includes the “Scope and Methodology” of the “Evaluation.” Here is where additional information is revealed, that outlines the DoD/OIG’s effort will, “…include Offices of the Secretary of Defense, U.S. Special Operations Command, U.S. Central Command, the Services, Combat Support Agencies, other Defense Agencies, and the MClOs, as it relates to the actions taken to detect, collect, analyze, exploit, and address UAP.

It also appears that there will be extensive field work with “site visits” to explore the, “…policies, procedures, guidance, and actions taken to detect, collect, analyze, exploit, and address UAP activity.”

As of the writing of this article, it is unclear how the DoD has “exploited” UAPs, but something that may become more clear as The Black Vault’s FOIA cases are processed and potential documents are released. More information will be posted when that is available.

Below, you will find the documents as they were released to The Black Vault.