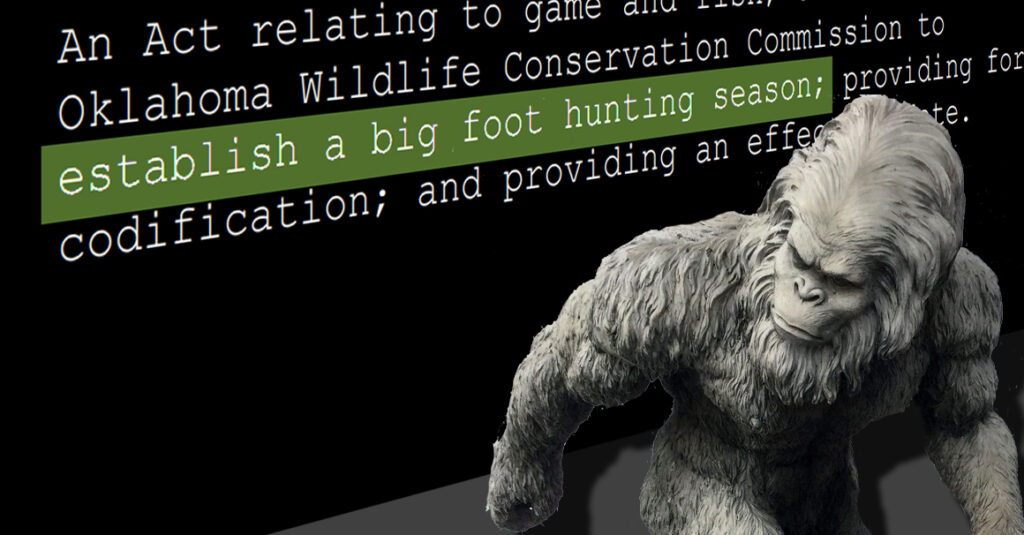 House Bill 1648 would direct the Oklahoma Wildlife Conservation Division to promulgate rules establishing the annual dates of the season and creating any necessary specific hunting licenses and fees.

“Tourism is one of the biggest attractions we have in my House district,” Humphrey said. “Establishing an actual hunting season and issuing licenses for people who want to hunt Bigfoot will just draw more people to our already beautiful part of the state. It will be a great way for people to enjoy our area and to have some fun.”

Humphrey said he doesn’t want people to actually kill Bigfoot, so he will be working with the state wildlife and tourism departments to craft final language for his bill that specifies only the trapping of Bigfoot. He also hopes to secure at least $25,000 that can be used as a bounty for the first person to trap the creature.

Humphrey said he’s filed numerous pieces of legislation this year on more serious matters, such as censorship, protecting the beef industry and others. But to him, tourism is just as important to his House district for the amount of dollars it draws. HB 1648 has the potential to increase that presence and the resulting dollars to boost the local economy, he said.

Humphrey said the town of Honobia, OK, already has an annual Bigfoot festival each October, so the hunting season ideally would coincide with that.

“Having a license and a tag would give people a way to prove they participated in the hunt,” Humphrey said. “Again, the overall goal is to get people to our area to enjoy the natural beauty and to have a great time, and if they find Bigfoot while they’re at it, well hey, that’s just an even bigger prize.”

You can find the text of the bill originally submitted, below. 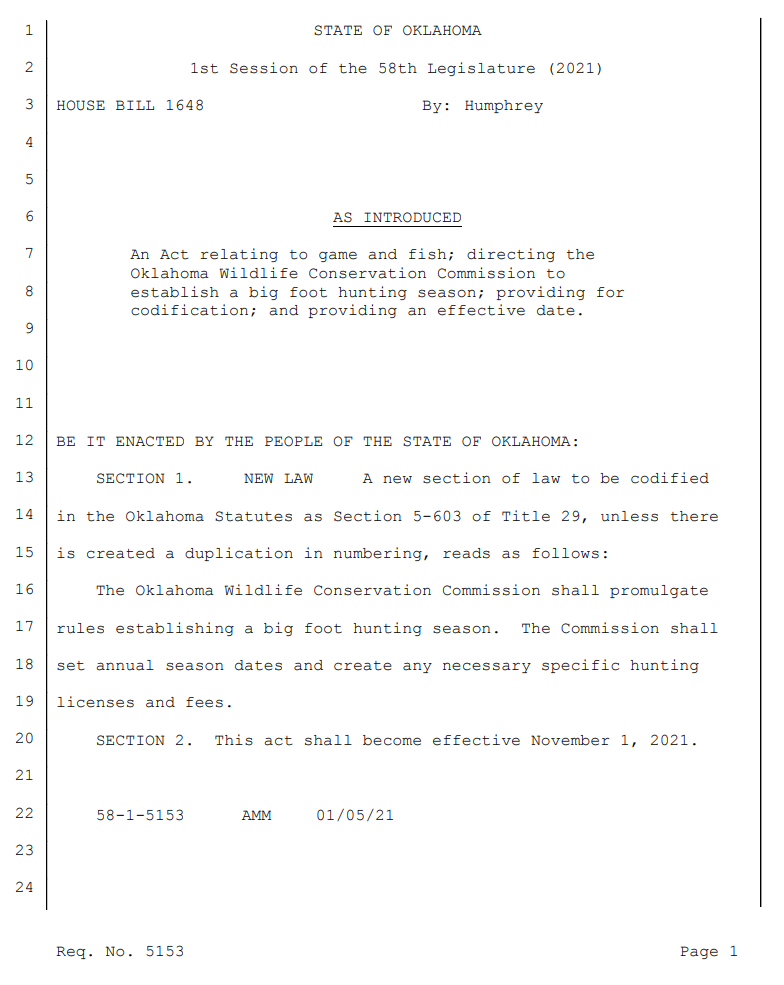 An Act relating to game and fish; directing the
Oklahoma Wildlife Conservation Commission to
establish a big foot hunting season; providing for
codification; and providing an effective date.

BE IT ENACTED BY THE PEOPLE OF THE STATE OF OKLAHOMA:

SECTION 1. NEW LAW A new section of law to be codified
in the Oklahoma Statutes as Section 5-603 of Title 29, unless there
is created a duplication in numbering, reads as follows: