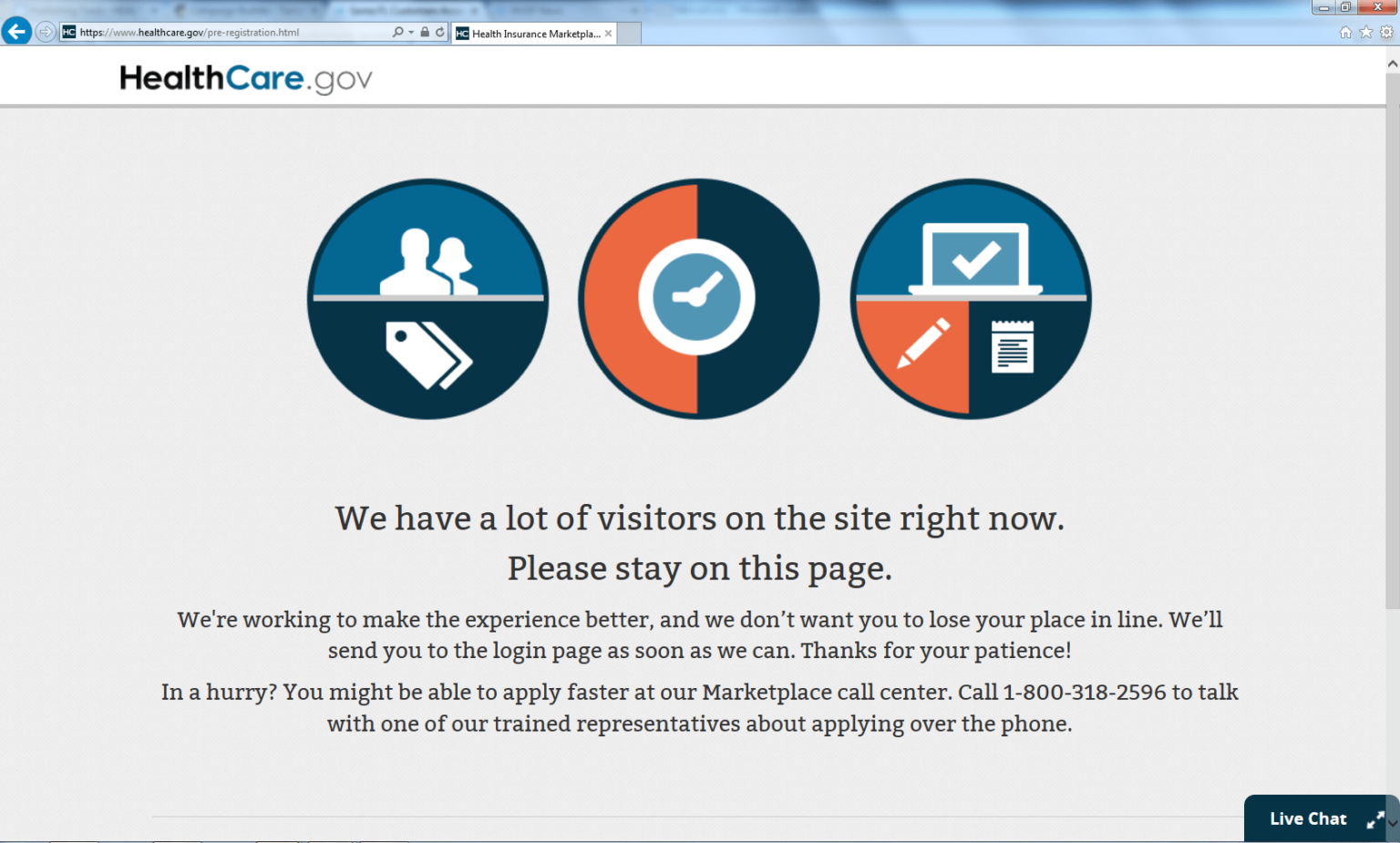 HealthCare.gov is a health insurance exchange website operated under the United States federal government under the provisions of the Patient Protection and Affordable Care Act (ACA, often known as ‘Obamacare’), designed to serve the residents of the thirty-six U.S. states that opted not to create their own state exchanges. The exchange facilitates the sale of private health insurance plans to residents of the United States and offers subsidies to those who earn less than four times the federal poverty line. The website also assists those persons who are eligible to sign up for Medicaid, and has a separate marketplace for small businesses.

The website design was overseen by the Centers for Medicare and Medicaid Services and built by a number of federal contractors, most prominently CGI Group, which received a contract valued at $292 million through 2013. Estimates that the overall cost for building the website had reached over $500 million by October 2013.

The HealthCare.gov website was launched on the scheduled date of October 1, 2013. Although the government shutdown began on the same day, HealthCare.gov was one of the federal government websites that remained open through the events. Although it appeared to be up and running normally, visitors quickly encountered numerous types of technical problems, and, by some estimates, only 1% of interested people were able to enroll to the site in the first week of its operations. Even for those that did manage to enroll, insurance providers later reported some instances of applications submitted through the site with required information missing.

The following are documents obtained under the Freedom of Information Act.  Many requests filed by The Black Vault are still pending:

FOIA Letter dated June 4, 2015, outlining the partial release of requested documents – which include the contracts below [ 2 Pages, 1.47MB ]