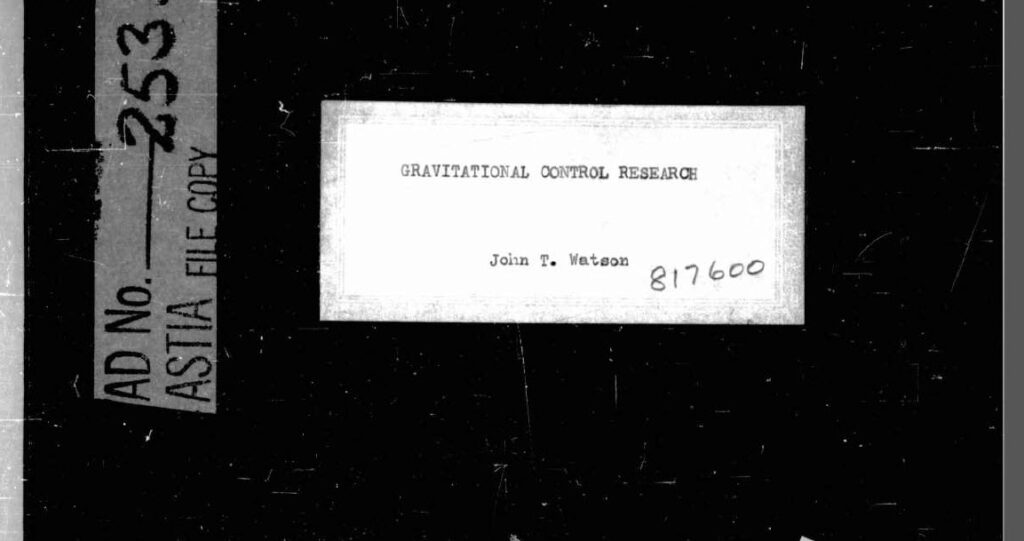 The following document was obtained from the Defense Technical Information Center (DTIC) in October of 2014 under FOIA Case 2015-34.

All presently known propulsion systems apply a localized force to a rigid body. In contrast, the forces resisting motion (weight and inertia) are acting upon each constituent particle of the body—thereby limiting the acceleration to which it may be subjected. This limit depends upon the strength of the molecular bonds within the materials which compose the body, and these bonds will fail when a differential force applied across them is too large.

Such a differential force can arise when an excessive propulsive force is applied against the inertia and/or weight of the more isolated members of the body. The strength of the molecular bond, then, determines the maximum acceleration of the body. Acceleration limits on present vehicles are a few multiples of gravity (gfs).

If propulsive force could be applied at the fundamental (probably subnuclear particle) level of matter, the limitations just mentioned would no longer be valid. The concept of “gravitational control” to be discussed in this report will be concerned with the modification of forces (gravitational and inertial) at this level.