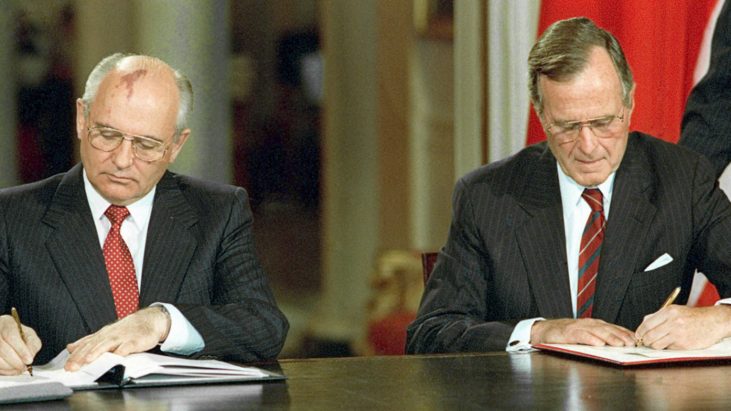 “In his speech of 5 October, President Gorbachev announced numerous unilateral Soviet measures relating to strategic offensive arms in response to President Bush’s unilateral initiatives. Gorbachev stated that the Soviets would unilaterally reduce their number of accountable strategic warheads to 5,000 rather than the 6,000 provided for in START. Moreover, be said they would remove 503 intercontinental ballistic missile (ICBMs), including 137 missiles with multiple, independently targetable reentry vehicles (MIRVs), from alert status. Gorbachev’s statement reflects reductions since the September 1990 START data exchange, and therefore includes some missiles that had already been deactivated.”