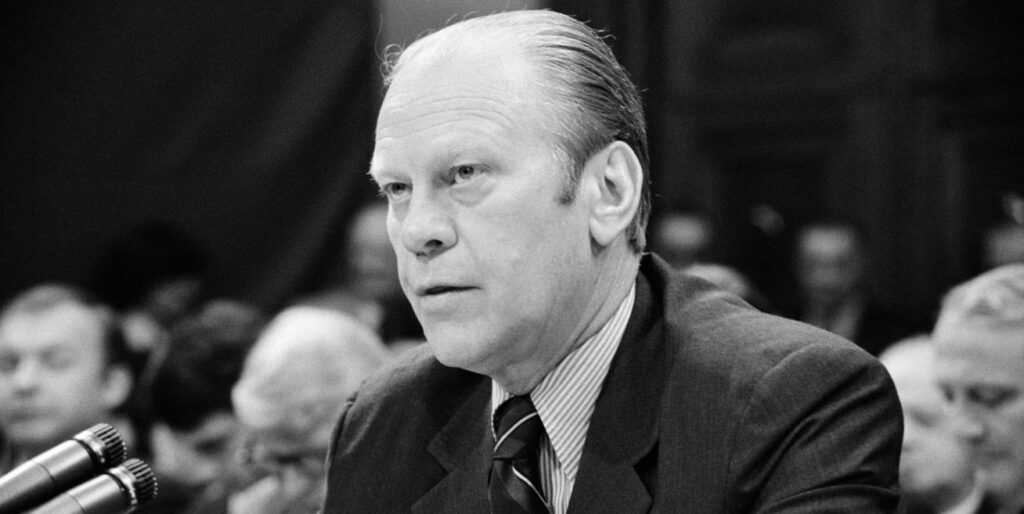 From 1947 – 1969, the United States Air Force conducted an “investigation” into the UFO phenomena. It began as Project Sign, Grudge and later became known by its more popular name as Project Blue Book.

After only a few years into the project, the Air Force continually discredited UFO witnesses, cases and told the public most cases were generally explainable as swamp gas, the planet Venus, hoaxes, etc. But one man did not believe the explanations given, and in 1966, began pushing for Congressional hearings on the topic. His name? Gerald Ford.

Although more popularly referred to as the 38th President of the United States, in 1966, he was still a Representative from Michigan’s 5th congressional district, and at the time, the House Minority Leader.

In his own words:

“At week’s end, the Air Force explained away the UFO’s as a product of college-student pranks, swamp gas, the rising crescent moon, and the planet Venus.  But the Air Force has been explaining away UFO’s for years, and I don’t believe the American people generally are satisfied with its statements.

For that reason, I have proposed that there be a congressional investigation of UFO’s.

Let’s try to get to the bottom of this thing. I know some people are alarmed by it.”

Below, you will find many of his statements and press releases, obtained from the Gerald Ford Library, in which Ford pressed the issues and pushed forward for UFO Congressional Hearings.