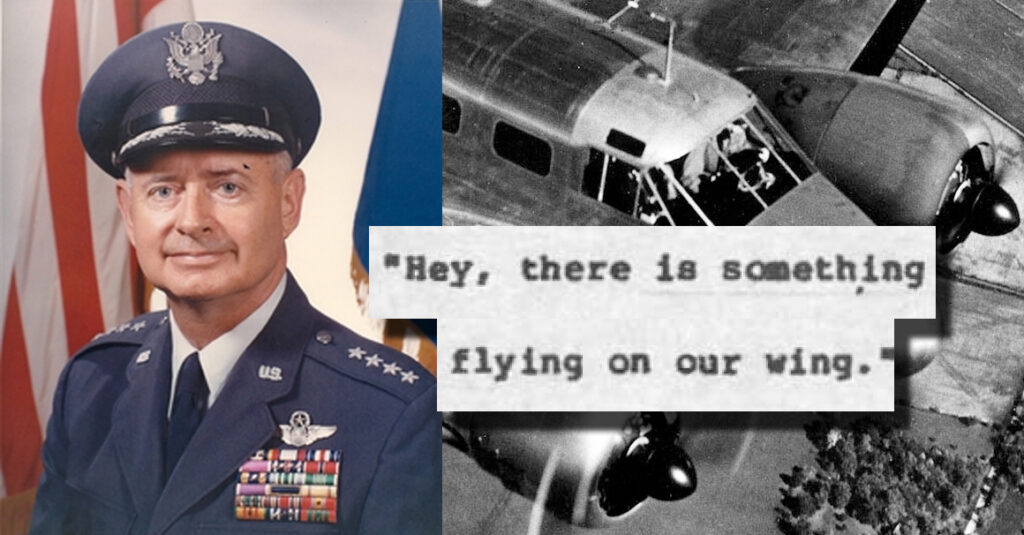 The following documents were taken from a longer oral history transcript from General John William Vogt Jr. conduct in 1978.

At the time it was received by The Black Vault, it had never been released to the public before.

Inside, General Vogt recalled his time in intelligence, and how he was assigned to investigate UFOs. He called himself the “first UFO officer in the Air Force.”

During the course of his interview, he recalled a UFO sighting while flying a C-45 Beechcraft. It was a purple light which flew with his aircraft, and was visible for about an hour.

Note from The Black Vault: I tried to find the corresponding file in the Project Blue Book collection. However, with no real details in the oral history transcript, it’s difficult to match it up to anything.