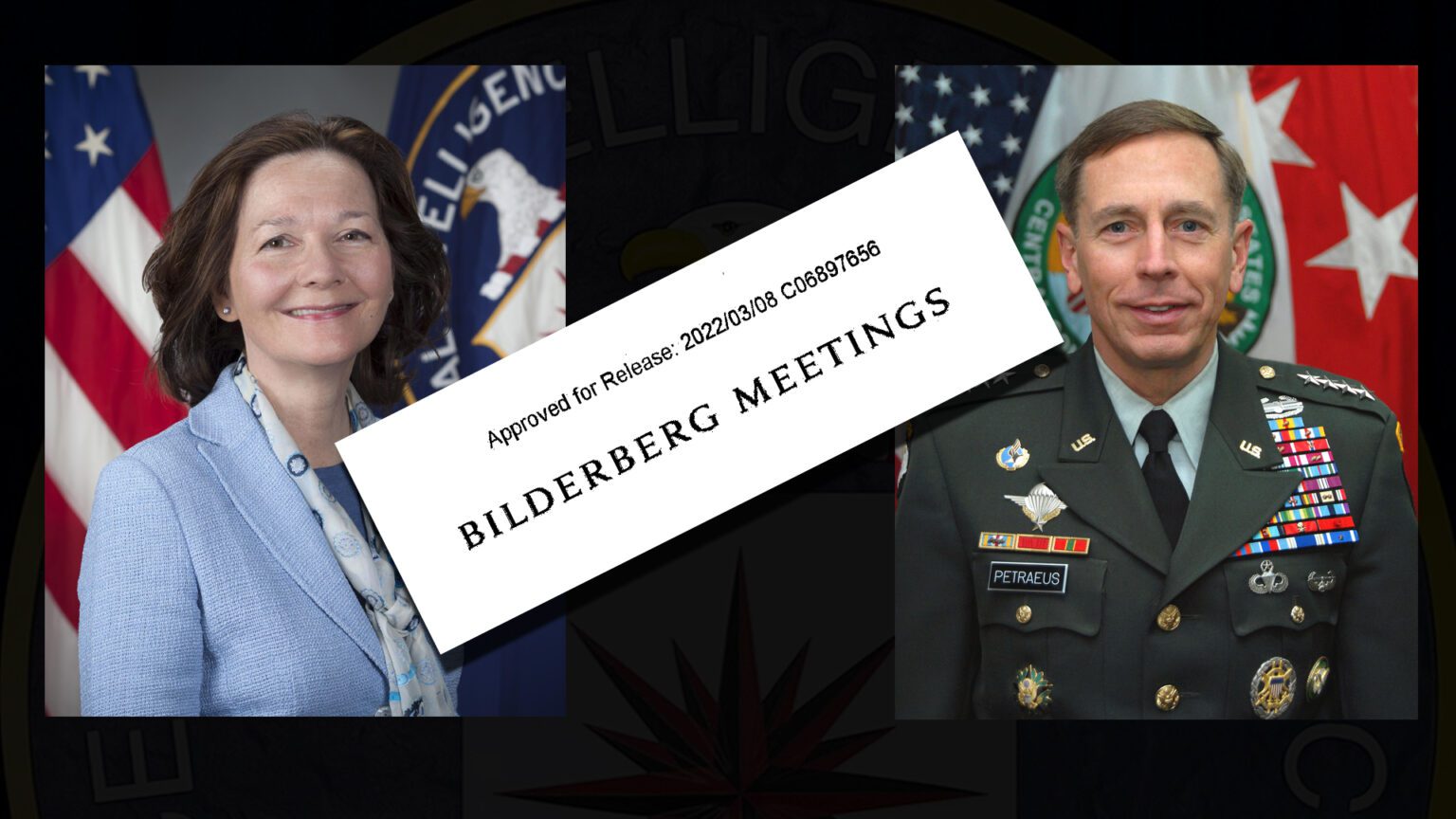 In November of 2018, The Black Vault filed a FOIA request for all e-mails sent to/from then CIA Director Gina Haspel (now former). An untold number of documents were entirely exempt, but two records were released.

The records included a May 2018 e-mail from General David Petraeus to Haspel, inviting her to participate in the upcoming Bilderberg Meeting in Turin, Italy. Also included, was the invitation itself with the “Bilderberg Meetings” letterhead.