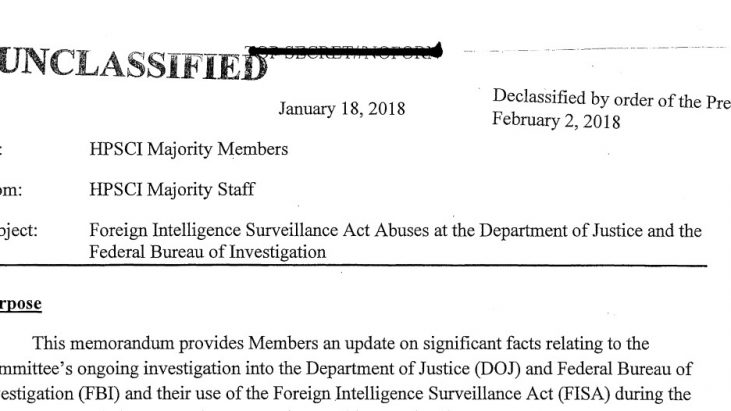 The FISA Memo: Foreign Intelligence Surveillance Act Abuses at the Department of Justice and the Federal Bureau of Investigation

This memorandum provides Members an update on significant facts relating to the Committee’s ongoing investigation into the Department of Justice (DOJ) and Federal Bureau of Investigation (FBI) and their use of the Foreign Intelligence Surveillance Act (FISA) during the 2016 presidential election cycle. Our findings, which are detailed below 1) raise concerns with the legitimacy and legality of certain DOJ and FBI interactions with the Foreign Intelligence Surveillance  Court (FISC), and 2) represent a troubling breakdown of legal processes established to protect the American people from abuses related to the FISA process.

The FISA Memo: Foreign Intelligence Surveillance Act Abuses at the Department of Justice and the Federal Bureau of Investigation [6 Pages, 1MB]