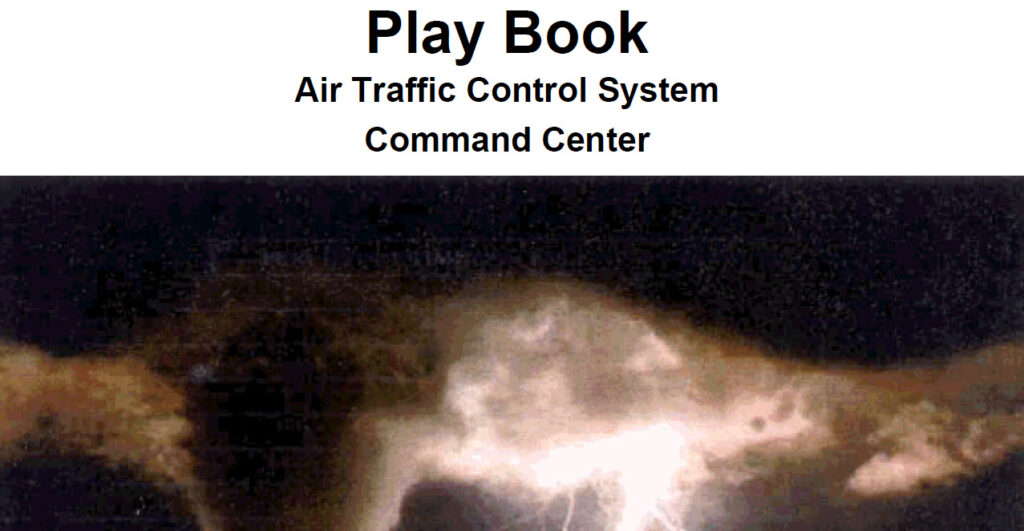 The National Playbook is a collection of Severe Weather Avoidance Plan (SWAP) routes that have been pre-validated and coordinated with impacted ARTCCs. The National Playbook is designed to mitigate the potential adverse impact to the FAA and customers during periods of severe weather or other events that affect coordination of routes. These events include, but are not limited to, convective weather, military operations, communications, and other situations.

When I first requested the FAA Playbook, I was unable to find a copy online. Sadly, one official from the FAA went back and forth to me, when she sent a link to a intranet server (only available to those within the FAA facilities or approved with special access).  I tried to explain to her that I tried on multiple browsers, on multiple computers, and even had someone across the country try it — but she still said I was doing it wrong.

After a long back and forth, she finally sent a copy via CD-ROM through the postal mail. It took more than a year to receive since my initial request, and it took more than 6 months since the e-mail exchange with the FAA employee.

Since the document was unclassified, the fact that it took 6+ months after the emails clearly showed I was unable to access the document is fairly absurd.

However, upon research, I also realized that the document that was sent to me, was an old and outdated version of the FAA Playbook.

Regardless, I put the most recent version that I could find (now online) as of the writing of this page, below.  The other is the official FOIA response document, however, the FAA FOIA officer did not even bother to write any form of official letter to close out the request.