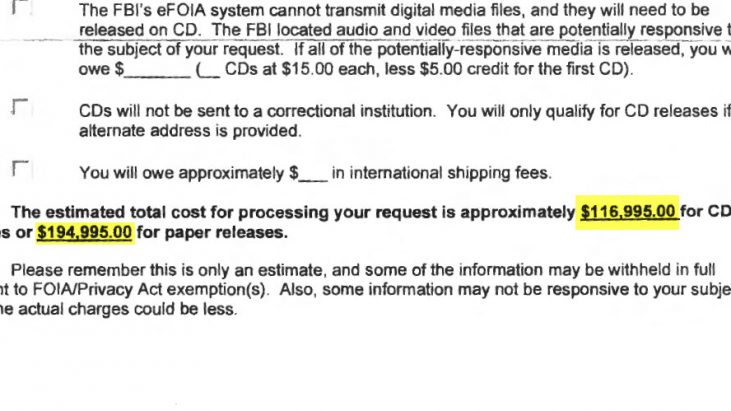 11 May, 2017 / in Federal Bureau of Investigation (FBI) Collection, History

In March of 2017, I requested all records regarding Koch Industries. According to Wikipedia:

Koch Industries, Inc. is an American multinational corporation based in Wichita, Kansas, United States, with subsidiaries involved in manufacturing, trading, and investments. It was founded as Wood River Oil and Refining Company in 1940, and later as Rock Island Oil & Refining Company.

In 2013–2015, Forbes listed it as the second largest privately held company in the United States (after Cargill), with an annual revenue of $115 billion, down from the largest in 2006. If Koch Industries were a public company in 2013, it would have ranked 17 in the Fortune 500.

Fred C. Koch, after whom Koch Industries, Inc. is named, co-founded the company in 1940 and developed an innovative crude oil refining process. His sons, Charles Koch, chairman of the board and chief executive officer, and David Koch, executive vice president, are principal owners of the company after they bought out their brothers, Frederick and William “Bill” Koch, for $1.1 billion in 1983. Charles and David Koch each own 42% of Koch Industries. Charles has stated that the company would go public “over my dead body”.

Over the years, there have been many allegations and conspiracy theories about the company, the Koch Brothers, and many surrounding the organization, and family.

To my surprise, there was quite an extensive file on Koch Industries. In fact, so large, it would take nearly $200,000 if I wanted a paper copy of it.

Comment below on what you think may be in the file.

Here is the official FOIA response: