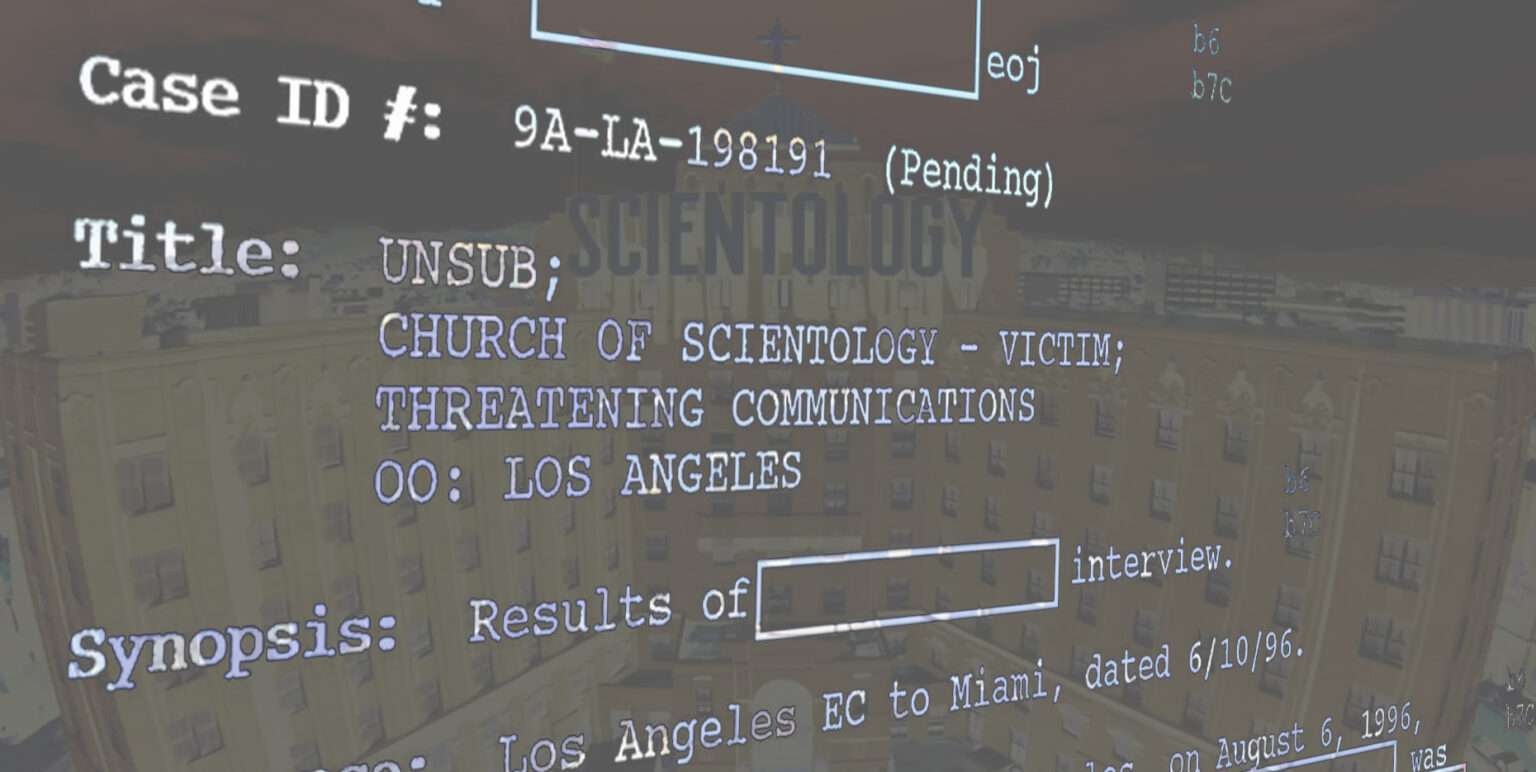 FBI Files on the Church of Scientology

Developed by L. Ron Hubbard, Scientology is a religion that offers a precise path leading to a complete and certain understanding of one’s true spiritual nature and one’s relationship to self, family, groups, Mankind, all life forms, the material universe, the spiritual universe and the Supreme Being. Scientology addresses the spirit—not the body or mind—and believes that Man is far more than a product of his environment, or his genes.

Below, you will find FBI files related to Scientology, as released via the Freedom of Information Act (FOIA).

Additional files may exist, and that request is still open. For now, you can find what was released below.

Operation Snow White – [543 Pages, 749MB] – Operation Snow White was a criminal conspiracy by the Church of Scientology during the 1970s to purge unfavorable records about Scientology and its founder, L. Ron Hubbard. This project included a series of infiltrations into and thefts from 136 government agencies, foreign embassies and consulates, as well as private organizations critical of Scientology, carried out by Church members in more than 30 countries. It was one of the largest infiltrations of the United States government in history, with up to 5,000 covert agents. This operation also exposed the Scientology plot ‘Operation Freakout’, because Operation Snow White was the case that initiated the U.S. government’s investigation of the Church. Under this program, Scientology operatives committed infiltration, wiretapping, and theft of documents in government offices, most notably those of the U.S. Internal Revenue Service. Eleven highly placed Church executives, including Mary Sue Hubbard (wife of founder L. Ron Hubbard and second-in-command of the organization), pleaded guilty and were convicted in federal court of obstructing justice, burglary of government offices, and theft of documents and government property. The case was United States v. Mary Sue Hubbard et al., 493 F.Supp. 209 (D.D.C. 1979).