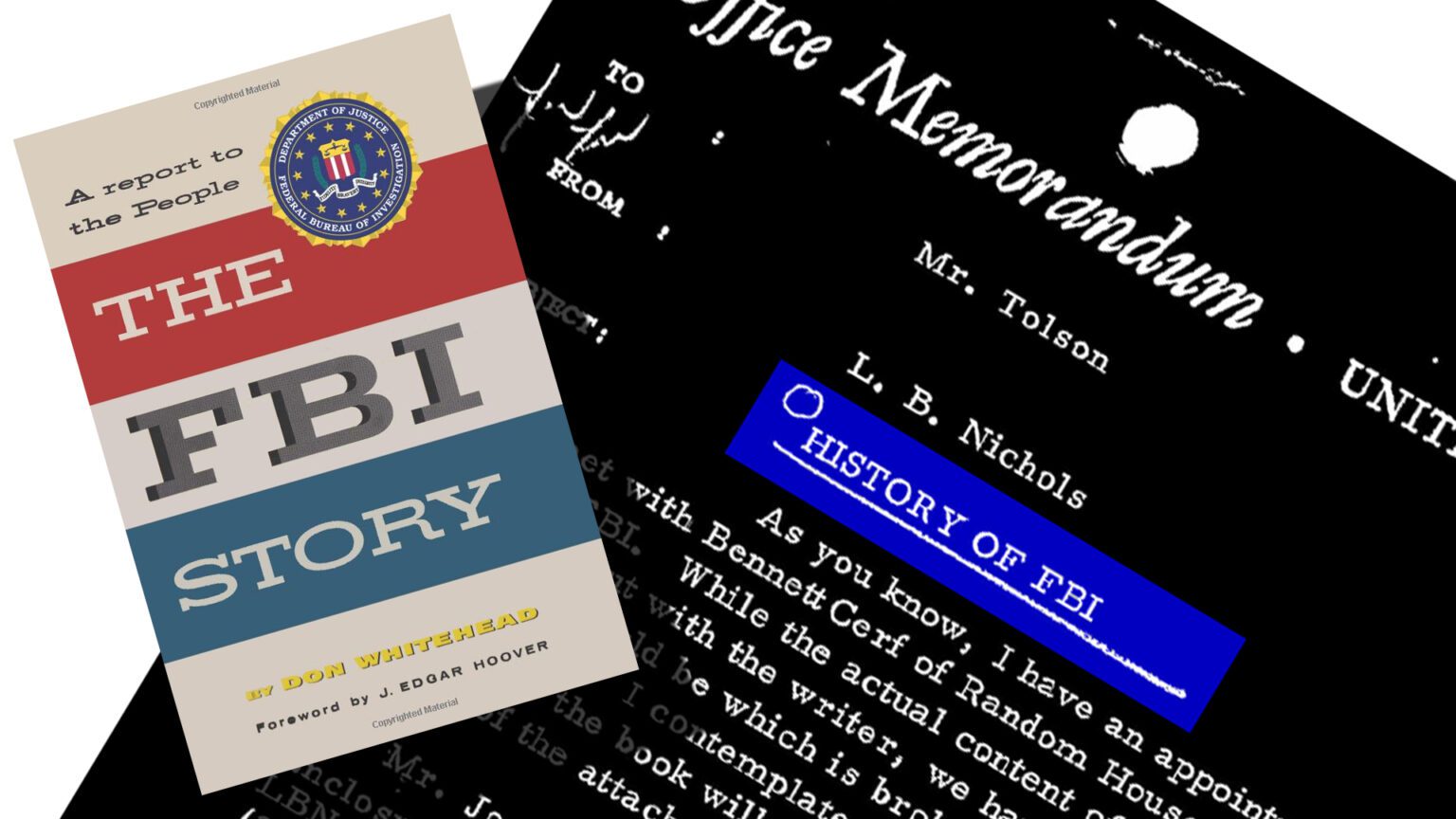 Here are the FBI files on the book by Don Whitehead entitled, The FBI Story A Report to the People. Here is a synopsis of the book:

“What is the FBI? How did it come into being? What has it accomplished? What are its powers? Above all, what does the mere fact of its existence mean to Every Citizen of the United States? This book, written with the cooperation of J. Edgar Hoover and FBI Personnel will answer these questions once and for all. THE FBI STORY, written by one of America’s top reporters, Don Whitehead, and with a Foreword by J. Edgar Hoover, takes you behind the scenes to reveal the record of America’s crusade against crime and subversion. THE FBI STORY names names, places and events. You’ll read about cases which have made today’s headlines as well as about the celebrated cases and notorious events which made yesterday’s. You’ll read about the Black Tom explosion and other acts of sabotage which were the prelude to America’s entrance into World War I. You will find the case histories of the Wall Street Explosion and “Palmer’s Raids”; the Harding Era and Gaston Means. The gangsters’ rise to power in the roaring twenties and the “lady in red”, Pretty Ana Cumpanas, who betrayed John Dillinger, and Al Capone. Here too are the Lindbergh Kidnapping, the Kansas City Massacre and many other cases which placed the FBI in the forefront of the public’s imagination. THE FBI STORY is the story too of Pearl Harbor, the capture of the Japanese espionage messages, the German saboteurs’ invasion of the United States and their capture, and other behind the scenes dramas of World War II. The book tells of the FBI’s secret operations in South and Central America and the experiences of its Special Intelligence Service (SIS). How the FBI tricked the Germans through double agent radio stations is a “stranger than fiction” story. You’ll read of the FBI’s role in combating postwar crime as Don Whitehead reports on the kidnap murder of little Bobby Greenlease and the murder of a mother by her son high over a Colorado beet field when a plane fell carrying passengers and crew to their deaths. The fight against Communism in the United States, Smith Act prosecutions and the gathering of evidence which made these prosecutions possible are all portrayed. Also related are the cases of Hiss and Klaus Fuchs and the theft of the atomic secrets and the Rosenberg and Greenglass cases, which are revealed in detail. The history of the FBI in reality represents the people’s efforts to achieve government by law. THE FBI STORY, then, is the story of America itself and the struggles to attain this ideal.”