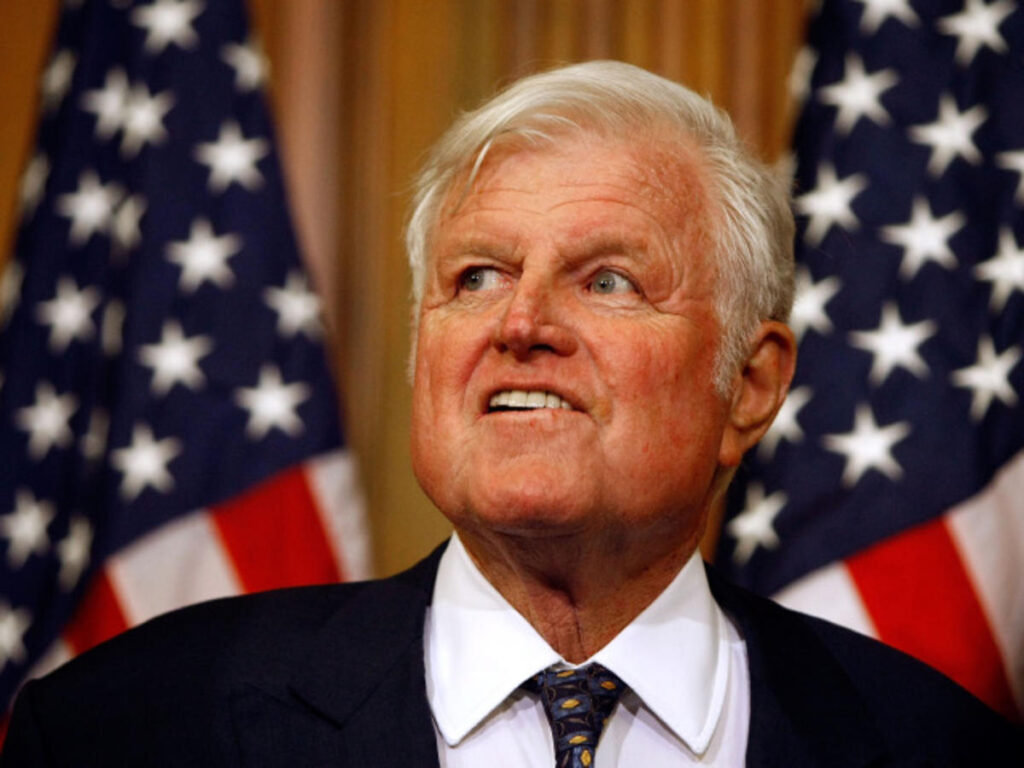 Edward “Ted” Moore Kennedy served as U.S. senator for the state of Massachusetts from November 7, 1962 until his death. He was a long-time leader in the Democratic Party and candidate for that party’s presidential nomination. During his senate tenure, Kennedy served in several senior leadership positions, including stints as the chair of the Judiciary Committee, the Labor and Human Resource Committee, and the Health, Education, Labor, and Pensions Committee.

Kennedy was born in Dorchester—a subdivision of the city of Boston, Massachusetts—and was educated at Harvard College and the University of Virginia’s School of Law. The son of Joseph P. Kennedy, Ted Kennedy was the brother of President John F. Kennedy and Attorney General Robert Kennedy. He died on August 25, 2009 and is buried in Arlington National Cemetery.

This release consists of material from seven FBI files—three Headquarters files and four field division files, totaling more then 2,200 pages. It covers the FBI’s relationship with Senator Kennedy from 1961 to 1985. At no point do these files suggest that the FBI investigated Senator Kennedy for a criminal violation or as a security threat. The bulk of this material concerns FBI investigation of threats of violence and other extortion claims against Senator Kennedy and other public officials.

Limited public source information was collected by the FBI regarding Senator Kennedy’s vehicular accident at Chappaquiddick Island that resulted in the death of Mary Joe Kopechne. The FBI had no investigative role in this case, since there were no violations of federal criminal law involved. Although there was a mistaken contemporary report about FBI involvement in the case, the Bureau was not asked to provide support to the local police investigation.

Some of this material also reports on Senator Kennedy’s fact finding trip to Mexico, Central America, and South America in 1961. Given the Bureau’s long interest in the influence of Central American revolutionaries and communists on American radicals, the Bureau took an interest in Kennedy’s travels. It was also concerned with potential threats against the Senator and used its foreign liaison resources to keep an eye out for such threats.

In the course of that trip, the FBI recovered a notebook kept by Kennedy during his travels. The notebook was accidentally left on the airplane that he was traveling on, and the Bureau recovered it for him when airline personnel reported the matter to the FBI. The file also contains information about Senator Kennedy’s plane crash in 1964.

Finally, these files contain material concerning the Kennedys and American politics. Some of the early material in the file suggests that Joseph P. Kennedy was close enough to FBI Director J. Edgar Hoover that he had called the Bureau regarding a rumor that reporter Drew Pearson was to report the Ted Kennedy had been associated with communists. Hoover assured him that the FBI had not investigated the senator and had no information to even support such a claim. Hoover also provided the senator an essay on his reminiscences of Joseph Kennedy for a posthumous anthology of reflections on the senator’s then-late father.

The same file also includes material concerning the appointment by the Johnson administration of a Kennedy family friend and political supporter to a federal judgeship. Lastly, it contains report of a rumor from an informant suggesting that elements of the Mafia wanted to attack the character of Edward and Robert Kennedy and their brother-in-law Peter Lawford by working through associates of Frank Sinatra to compromise them at a New York party. In the convoluted rumor, both Frank Sinatra and Marilyn Monroe were to be involved. The FBI did not consider the rumor solid, and no other mention of it appears in the file, suggesting that the informant did not supply any corroboration to the story.

This file contains various investigations regarding threats directed toward Senator Kennedy. It consists of two sections and two EBFs (Enclosures Behind Files). Redactions were largely made to protect the privacy of people mentioned in the file.

This file details an investigation in late 1968 regarding a series of threatening letters directed to Senator Kennedy. These letters were received by the Edmonton City, Alberta, Canada Police Department; the Edmonton Journal Newspaper; and the Seattle FBI Field Office. Senator Kennedy’s office in Boston was advised by the FBI of these threats, and prosecution was declined. Redactions were made to protect privacy.

This file consists of public source information collected by the FBI regarding Senator Kennedy’s Chappaquiddick Island accident and the resulting court inquiry, as well as the teletype in which the FBI was originally advised of the accident by the Edgartown, Massachusetts Chief of Police. Redactions were made to protect privacy.

This file contains various investigations into threats directed toward Senator Kennedy and other public figures. These threats originated from multiple sources, including individuals, anonymous persons, and members of radical groups such as the Ku Klux Klan, “Minutemen” organizations, and the National Socialist White People’s Party. The file also contains threats from individuals angered by Kennedy’s stance on politics in Northern Ireland and allegations of an alleged Mafia plot to kill President Kennedy and Senators Robert and Edward Kennedy.

Redactions were made to protect privacy and the identity of confidential sources. In addition, some information had to be referred to another government agency for release.

This file contains information gathered in the course of the FBI’s interactions with Senator Kennedy over many years. It includes extensive information about many aspects of the senator’s public life, including:

Redactions were made to protect privacy and the identities of confidential sources of information, because certain material remains classified and other material needed to be referred to another government agency for release.

This file details an investigation regarding a threatening letter sent to President Reagan and Senator Kennedy. The government ultimately declined prosecution in this case, as it was determined that the originator of the threatening letter as not competent to stand trial.