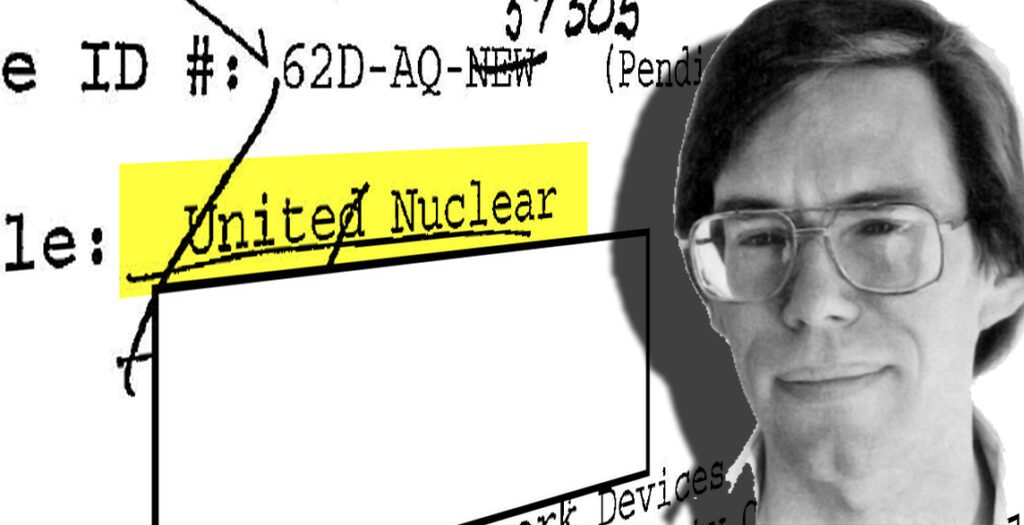 “The purpose of United Nuclear Scientific (United Nuclear Scientific Supplies, LLC) is to once again make scientific equipment & supplies available to everyone. Currently, both private and public schools (as well as other learning institutions) have removed chemicals & glassware from their chemistry labs and electronic components from their engineering classes… along with many other important pieces of “hands-on” learning equipment. In addition, laboratory equipment, chemicals & supplies which were once widely available, are now difficult to find or no longer for sale. ‘Lab’ classes that used to offer hands-on experience with actual materials now have students conduct experiments on computer or simply read text instead of actually coming into contact with the equipment & materials they are learning about. Most professors & teachers we have spoken with completely disagree with this concept. It is our intention make these and other interesting/scientific related items once again available to the hobbyist, teacher and home experimenter, as well as professional and Government organizations.”

The motivation behind the request was the discussion of a raid in 2017 of United Nuclear, which was revealed on Jeremy Corbell‘s documentary “Bob Lazar: Area 51 & Flying Saucers.” However, in the files of United Nuclear, the FBI denies that within the FBI files on United Nuclear are records pertaining to the 2017 raid. According to local police records received about the incident, the FBI is referenced, so theoretically, there should be.

Multiple attempts by The Black Vault over the years to contact Lazar never received a response.

You will also note that the above e-mail reference shows there are more than 1,000 pages total. In the course of negotiating, The Black Vault reduced the scope of the request in order to get records quicker. However, a new case was filed for the rest, and likely will take a considerable time to receive. This page will be updated when that case completes, but until then, here is what was declassified and released: