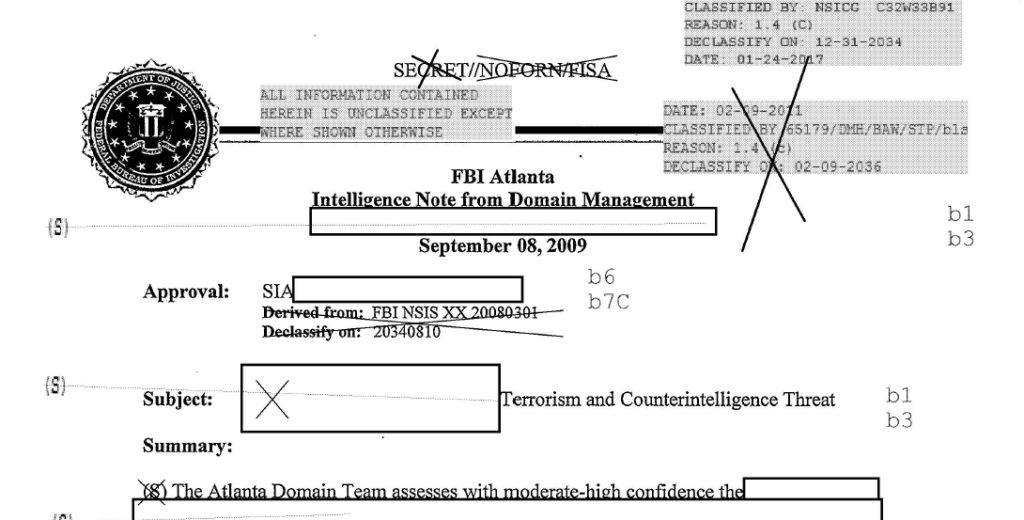 I found reference to the following document, having been released due to an ACLU FOIA lawsuit in 2011.

Since a large amount of time had passed since it was originally released (and it was heavily redacted), I requested the document be reviewed again in December of 2016, with the filing of a Mandatory Declassification Review (MDR) request.

Sadly, the result was nearly identical to the original release, but it does appear they did review it again, and redact the classified information.

This was the result: