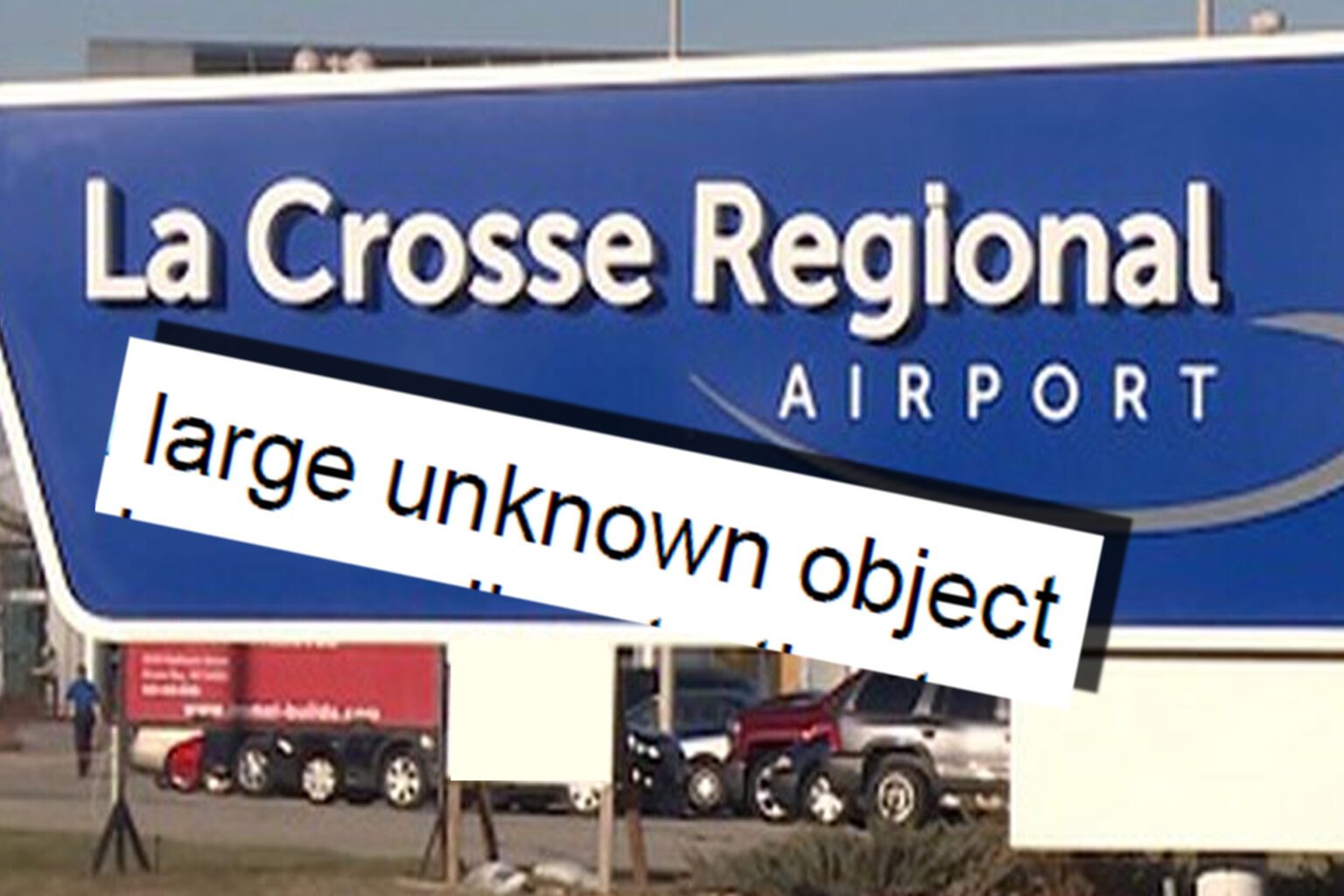 The Black Vault received word of this incident by someone who wishes to remain anonymous, but had access to the FAA database that listed the report. It was sent to The Black Vault in mid November of 2022.

The text related to the incident, as sent via email to The Black Vault, stated the following:

La Crosse Tower (LSE) reported they had a target 5 miles South of La Crosse. Object was described as large and at a low level, with alternating red, blue and green lights. ATC reported that they could not tell if it was a UAS but were getting strong primary returns. They also stated that drones don’t generally register as a primary target. The ZMP sector that showed the primary return reported it was a strong return with crosses on the screen all over the place.

2230 EDT / 0230 UTC 10/07/2022
Aircraft reported an unidentified aerial phenomenon 5NM S of LSE at 1,500 feet. The unknown phenomenon was observed by LSE ATCT and described as having flashing green/red/blue lights and appeared to “look like a jellyfish.” Phenomenon was traveling W bound. ZMP observed a primary target on RADAR in the area. No aircraft observations. When later queried, ZMP reported no additional observations on RADAR.

On November 15, 2022, The Black Vault filed a request for additional information.

Sadly, although ATC recordings have a retention schedule of 45 days before they are destroyed, it was noted in the FAA response that the records were no longer available.

The Black Vault has NOT done a formal investigation on this incident. Rather, the page you are on now was setup to archive a confirmed sighting archived within the FAA’s files. Should any independent investigation add anything to this story, the page will be updated if the information is verifiable.