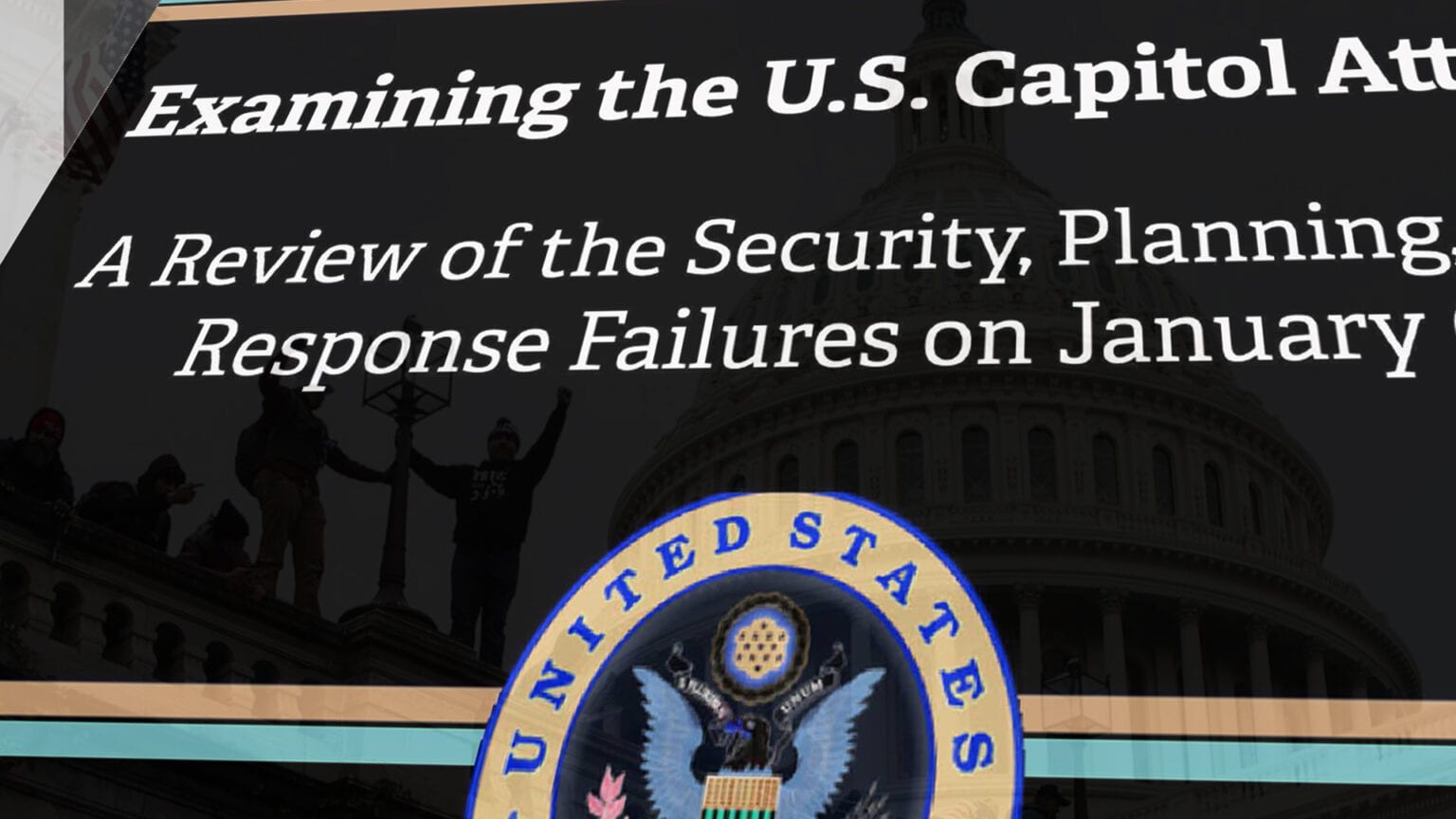 On June 8, 2021, the Committee on Rules and Administration sent out the following press release. The full report is below.

WASHINGTON, D.C. – Today, U.S. Senators Gary Peters (D-MI) and Rob Portman (R-OH), Chairman and Ranking Member of the Homeland Security and Governmental Affairs Committee, and Amy Klobuchar (D-MN) and Roy Blunt (R-MO), Chairwoman and Ranking Member of the Committee on Rules and Administration, released a bipartisan report on the security, planning, and response failures related to the violent and unprecedented attack on January 6th.

The report also includes a series of recommendations for the Capitol Police Board, United States Capitol Police (USCP), federal intelligence agencies, the Department of Defense (DOD), and other Capital region law enforcement agencies.

“Thanks to the heroic actions of U.S. Capitol Police, D.C. Metropolitan Police, the National Guard and others – rioters on January 6th failed to achieve their goal of preventing the certification of a free and fair presidential election. The events of January 6th were horrific, and our bipartisan investigation identified many unacceptable, widespread breakdowns in security preparations and emergency response related to this attack,” said Senator Peters. “Our report offers critical recommendations to address these failures and strengthen security for the Capitol to prevent an attack of this nature from ever happening again.”

“On January 6th, brave law enforcement officers were left to defend not only those in the Capitol, but our democracy itself – and they performed heroically under unimaginable circumstances. At our first bipartisan hearing, I announced as Chair of the Rules Committee that our purpose was to find solutions and issue timely recommendations so it never happens again. This report lays out necessary reforms including passing a law to change Capitol Police Board procedures and improving intelligence sharing. I will work with my colleagues on both sides of the aisle to implement the recommendations in this report that are needed to protect the Capitol and, in turn, our nation,” said Senator Klobuchar.

“The January 6 attack on the Capitol was an attack on democracy itself. Today’s joint bipartisan congressional oversight report from the Homeland Security and Governmental Affairs Committee and the Rules Committee details the security and intelligence failures in the days leading up to the attack, the lack of preparedness at the Capitol, and the slow response as the attack unfolded,” said Senator Portman. “We make specific recommendations to address key failures in the Capitol Police Board structure and processes; ensure Capitol Police has the training and equipment necessary to complete its mission; update how the intelligence agencies assess and issue intelligence bulletins, particularly as it relates to social media; enhance communications between the chain of command at the Department of Defense; and ensure timely and effective cooperation and coordination amongst federal, state, and local law enforcement. We must address these failures and make the necessary reforms to ensure this never happens again.”

“Over the past five months, our committees have worked together in a bipartisan way to thoroughly investigate the intelligence and security failures prior to and on January 6, and to develop recommendations to address them,” said Senator Blunt. “These recommendations are based on an extensive fact-finding effort that included interviews with key decision makers, firsthand accounts from law enforcement personnel, and the review of thousands of documents. Our focus now should be on immediately implementing these recommendations. We owe it to the brave men and women who responded that day to do everything we can to prevent an attack like this from ever happening again, and in every instance ensure that the Capitol Police have the training and equipment that they need.”

On January 6th, 2021, the world witnessed a violent and unprecedented attack on the U.S. Capitol, the Vice President, Members of Congress, and the democratic process. Rioters, intent on obstructing the Joint Session of Congress, broke into the Capitol building, vandalized and stole property, and ransacked offices. They attacked members of law enforcement and threatened the safety and lives of our nation’s elected leaders. Tragically, seven individuals, including three law enforcement officers, ultimately lost their lives.

The Committees’ investigation uncovered a number of failures leading up to and on January 6th that allowed for the Capitol to be breached. These breakdowns ranged from federal intelligence agencies failing to warn of a potential for violence to a lack of planning and inadequate-preparation by USCP and law enforcement:

The report makes a series of recommendations, summarized below.

LAW ENFORCEMENT AND UNIFORMED SERVICES IN THE NATIONAL CAPITAL REGION

Two days after the January 6th attack, the Senate Homeland Security and Governmental Affairs Committee and the Senate Committee on Rules and Administration announced a joint bipartisan oversight investigation to examine the intelligence and security failures that led to the attack. Subsequently, the Committees held two oversight hearings related to the January 6th attack on February 23, 2021, and March 3, 2021. As part of this investigation the Committees reviewed thousands of documents, received written statements from more than 50 USCP officers about their experiences, and interviewed numerous current and former officials from USCP, Senate Sergeant at Arms, House Sergeant at Arms, Architect of the Capitol, FBI, DHS, District of Columbia Metropolitan Police, DOD, and the DCNG.