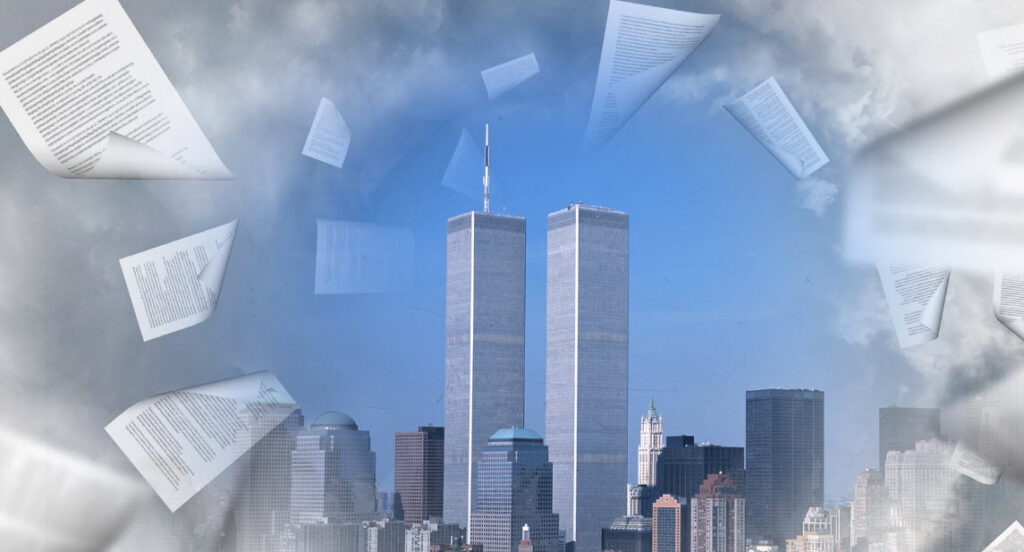 Declassified Version of Part Four, Joint Inquiry into Intelligence Community Activities Before and After the Terrorist Attacks of September 11, 2001

Download the Missing 28 Pages [34 Pages, 4.3MB] – This has been converted to a searchable .pdf, by The Black Vault.

Statement by the Office of the Director of National Intelligence

Congress has today released additional portions of the Congressional report, Joint Inquiry into Intelligence Community Activities Before and After the Terrorist Attacks of September 11, 2001, that have been declassified.  The ODNI coordinated a declassification review—pursuant to Executive Order 13526—before sending the report back to Congress for their release.  The decision to authorize the release of this information is not an endorsement of, or concurrence in, its accuracy or reliability.

Additionally, the ODNI today is releasing a declassified executive summary of a 2005 joint CIA–FBI memorandum prepared in response to a congressional directive on the same topic. [2 Pages, 1MB]

The Joint Inquiry report, completed in December 2002, detailed the findings and conclusions of a year-long inquiry by the Senate Select Committee on Intelligence and the House Permanent Select Committee on Intelligence into the activities of the U.S. Intelligence Community in connection with the 9/11 attacks.  After a classification review by the Executive Branch, three of the four parts that make up the Joint Inquiry report were publicly released in December 2002.  Part Four, entitled “Finding, Discussion, and Narrative Regarding Certain Sensitive National Security Matters,” was withheld in full, because it contained still-sensitive national security and law enforcement information.  The Committees and the Intelligence Community instead agreed to release a brief unclassified summary of Part Four, which stated in relevant part that “[t]hrough its investigation, the Joint Inquiry developed information suggesting specific sources of foreign support for some of the September 11 hijackers while they were in the United States.”

In response to inquiries about Part Four, and after careful consideration by the relevant Departments and agencies, the Executive Branch determined that the harm to national security by releasing portions of Part Four of the report at this time is outweighed by the public interest in additional transparency concerning the Committees’ findings.  Some information has been redacted because the document includes discussion of properly classified matters the disclosure of which would still cause significant harm to national security.

The newly released portion of Part Four relates to the Joint Inquiry’s finding that “[w]hile in the United States, some of the September 11 hijackers were in contact with, and received support or assistance from, individuals who may be connected to the Saudi Government.” As noted above, the decision to authorize the release of a portion of Part Four does not indicate the Intelligence Community’s agreement with Part Four’s accuracy or concurrence with any information it contains.  The Committee itself highlighted that it “has made no final determinations as to the reliability or sufficiency of the information regarding these issues…[and that it]was not the task of this Joint Inquiry to conduct the kind of extensive investigation that would be required to determine the true significance of such alleged support to the hijackers…”

In that regard, Congress subsequently established the bipartisan 9/11 Commission. The 9/11 Commission built on existing investigations and information, including that of the Joint Inquiry, but had greater access to senior officials and classified information.   Its final report concluded that it “found no evidence that the Saudi government as an institution or senior Saudi officials individually funded [al Qaeda].” Similarly, in 2013, Congress directed the FBI to establish the 9/11 Review Commission to further assess any available evidence; that Review Commission concluded that there was no new evidence that “would change the 9/11 Commission’s findings regarding responsibility for the 9/11 attacks.”

Release of this additional information reflects the Executive Branch’s continued commitment to making information publicly available when appropriate and consistent with the national security of the United States.