Within the walls of the Pentagon, which serves as the headquarters for the Department of Defense (DoD), there is a “multi-agency task force” operating within the shadows. This task force does not aim to guide Americans through a pandemic. It does not investigate terrorists around the globe. This one? It’s aim is to research Unidentified Aerial Phenomena or UAPs. 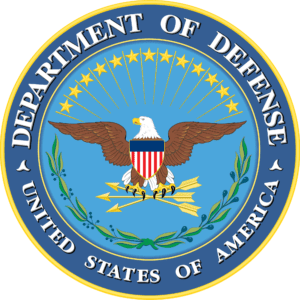 In recent statements obtained by writer Roger Glassel, who contributes to Swedish magazine UFO-Aktuellt, DoD spokesperson Susan Gough stated, “The U.S. Navy and the Department of Defense take [UAP] reports very seriously and investigate each and every report.” She added that, “Documented reports of sightings by military personnel form the basis for the investigation process. The investigation of UAP sightings by the multi-agency task force is ongoing.”

This “multi-agency task force” is a new revelation in the ever-evolving story of UAPs and the DoD.

The Black Vault reached out to the DoD for further comment and clarification. Despite stating they would offer comments to multiple questions submitted; they were unable to supply any by the stated deadline and offered no ETA.

Road to the Task Force

The connection between America’s military and UAPs (or UFOs) goes back about three quarters of a century.  There is a long history of erroneous statements and incorrect ‘facts’ given out to the public by spokespeople and various government agencies over the decades; all while the UFO phenomenon has remained unexplained.

Although this may be the ultimate objective for an apparent cover-up, the public continues to scratch their heads on what truly is going on in American skies. And in recent years, it has been reinforced that the U.S. military is scratching theirs as well.

In October of 2017, Luis Elizondo entered the spotlight and onto the world stage. As a member of the newly formed To the Stars Academy of Arts & Science, Elizondo stated he was part of an initiative within the DoD investigating unidentified aerospace threats – another way of referring to the UAP issue. In December of the same year, the NY Times put a name to that program: the Advanced Aerospace Threat Identification Program or AATIP (pronounced A-TIP). The story printed by the NY Times seemingly confirmed Elizondo’s claim that not only did the secret program “on the fifth floor of the Pentagon’s C Ring” have the ultimate goal of investigating UFOs; but also that it was Elizondo himself who led it.

The Black Vault reached out to Elizondo for his reaction to the DoD’s recent admission. He said that he was both surprised, but also not surprised, that the DoD admitted to a UAP task force. “I am surprised only because the Department has a history, particularly over the last year, of providing erroneous information and details about AATIP and any follow-on efforts.  In a way, it is my impression that DoD kind of backed themselves into a corner and is trying to find a way out while saving face.”  Elizondo went on to say that, “I am also not surprised for that same reason. I think someone realizes that it is not beneficial nor serving their interests to keep digging the hole any deeper. Just like the old saying goes. So, perhaps we are seeing an honest attempt to be more transparent with the American People.  Lets hope this trend continues.”

From the Flip to the Flop and Back Again

The history of “erroneous information” that Elizondo refers to, is the fact that with any story involving UFOs and the U.S. government, controversy percolates at every step. Although AATIP was originally branded a UFO research program within the Office of the Under Secretary of Defense for Intelligence (USD[I]) by Elizondo; the Pentagon later countered and said it was not a UFO program at all. Yet, this denial of a UFO connection came just seven months after they admitted that AATIP did investigate UFOs.

Confused yet? You are not alone. But the confusion does not stop there.

Now, five months after their denial of a UFO connection with AATIP, confusion reigns yet again as the DoD admits they DO investigate unidentified phenomena within this UAP focused task force, but they make no reference to the AATIP.

The Coincidence Hiding in Plain Sight

This “multi-agency” effort operates through USD(I), the DoD component rumored by Elizondo, but officially denied by the Pentagon, as having a role in UAP research when AATIP was underway. This is a striking coincidence between the story of AATIP and now this UAP task force.

“Under the cognizance of the Undersecretary of Defense for Intelligence (USD(I)), there is an interagency team charged with gathering data and conducting investigations into range incursions,” Pentagon spokesperson Gough said to Glassel in an e-mail. “As the preponderance of recent/reported sightings are from naval aviators, the Navy is leading much of the effort. All reports of range incursions are sent to this team for inclusion in the overall effort, thus maximizing the data available for analysis.”

The Black Vault asked Elizondo about the common theme of USD(I) connecting the AATIP story and this newly revealed UAP task force. He did not directly comment on that connection, but his reaction does show that he remains optimistic times are changing when it comes to the UAP issue; and he still maintains a favorable view on his past employer.

“Although I don’t agree with the Department’s previous attempts to obfuscate the truth, I understand why they did it.  I think more importantly than beating up DoD for past sins, we should focus on their new spirit of openness and hope that it lasts this time.  DoD still needs to correct the record about a few things but they have made great progress recently so I remain patient and optimistic. As I said before… the truth always speaks, but sometimes she whispers. So let’s keep our ears open and our minds sharp.”

Elizondo also added one statement that he has maintained since he walked on to that stage in October of 2017. “I have always been truthful with people on this subject.”

He also offered some words of advice to the public as he feels many people are now taking advantage of the UAP reality being revealed. “I encourage people to think rationally about this topic.  Many are out there to sell their snake oil and false narratives and as we are witnessing before our eyes,  they are being exposed for the charlatans and side shows that they are,” he stated. “This includes some less scrupulous who claim to be journalists but in reality, are provocateurs, indifferent than carnival hecklers.  These people will try to implant their own narrative under the guise of journalism.  Bottom Line, people still need to be both cautious and optimistic.“

The Meaning of the Task Force

In the end, this is one small step closer to the truth, whatever that may be.

What does this all mean? That is anyone’s guess.

So, The Black Vault asked Elizondo that very question. Here was his closing response:

“I am not sure what this means. It can mean many things.  Perhaps someone feels the time is right to be transparent? Perhaps the forces within the Pentagon who don’t like me or what we did in AATIP no longer hold as much influence? Perhaps pressure from Congress, the media, and the public are starting to make a difference? I do think that for the first time, social media and related outlets such as yours, Silva Record, and Post Disclosure are having in some cases an even greater effect on the public than mainstream media outlets. This is a testament to the work you all are putting into this topic.  Furthermore, the work that some journalists are doing for Popular Mechanics, etc. are getting the attention of our country’s leadership. Regardless of reasons, we are now witnessing mainstream media actually following reporting from the blog-o-sphere to get some of their leads.  I guess people realize that this topic is not so crazy after all.”

Nope. Not so crazy at all.

The Black Vault reached out to the Pentagon for comment relating to this story. Despite stating they would offer comments to multiple questions, they did not supply any by the stated deadline. Any submitted comments from the DoD to The Black Vault will be used for future articles and follow-ups.