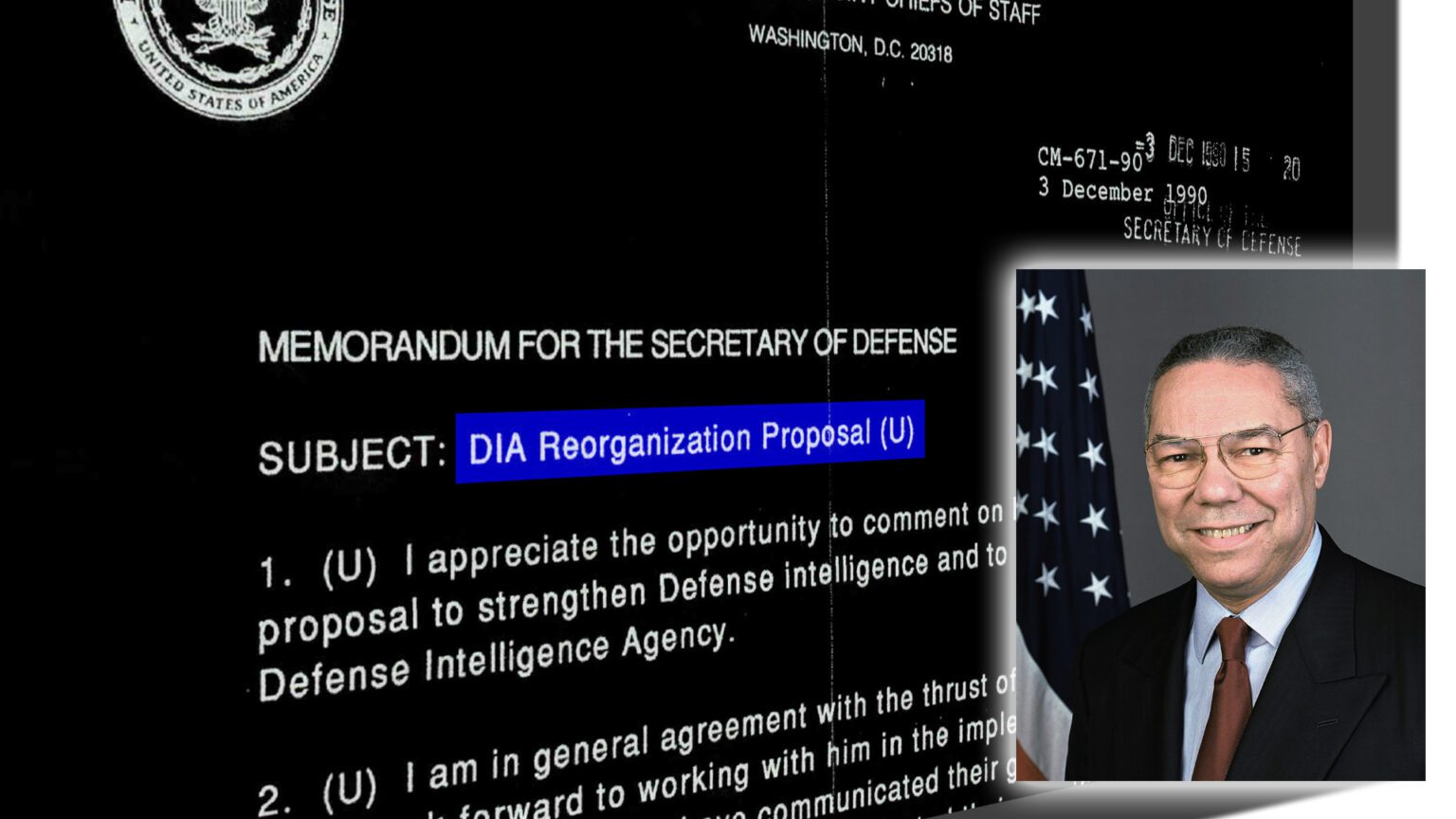 The following memorandum was written by Colin Powell, on December 3, 1990. It was about the reorganization of the DIA.

Previously, the memo was released, but was heavily redacted. The following is a comparison between the previously released record, and the one released to The Black Vault after a successful Mandatory Declassification Review case (full document pdf is below – scroll down):