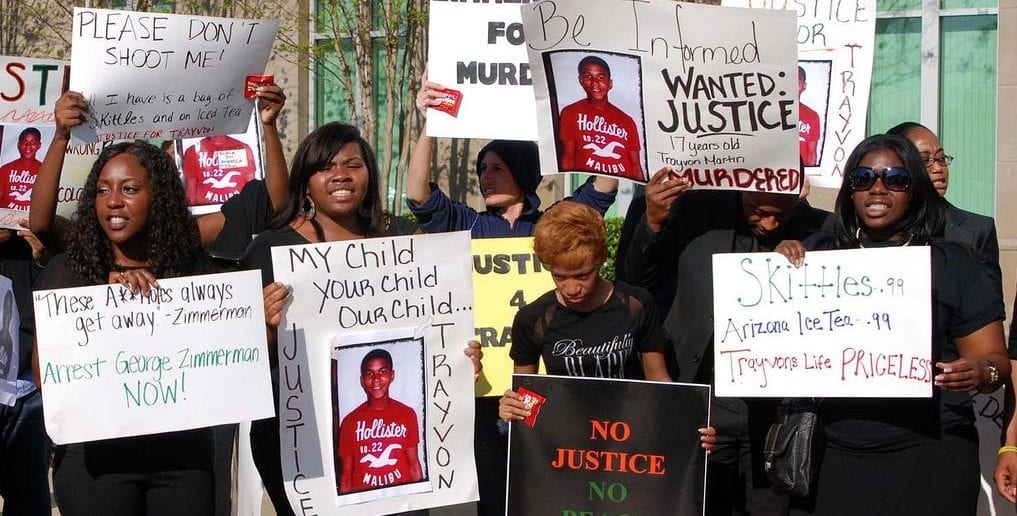 According to an article posted by The Daily Caller:

A division of the U.S. Department of Justice (DOJ) was deployed to Sanford, Florida in 2012 to provide assistance for anti-George Zimmerman protests, including a rally headlined by activist Al Sharpton, according to newly released documents.

The Community Relations Service (CRS), a unit of DOJ, reported expenses related to its deployment in Sanford to help manage protests between March and April 2012, according to documents obtained by the watchdog group Judicial Watch.

CRS spent $674.14 between March 25-27 related to having been “deployed to Sanford, FL, to work marches, demonstrations, and rallies related to the shooting and death of an African-American teen by a neighborhood watch captain.” CRS spent another $1,142.84 for the same purpose between March 25-28.

CRS spent $892.55 “to provide support for protest deployment in Florida” between March 30-April 1, and $751.60 “to provide technical assistance to the City of Sanford, event organizers, and law enforcement agencies for the march and rally on March 31.”

Sharpton, who promoted the Tawana Brawley hoax in the 1980s and in 1995 led a protest against the “white interloper” owner of a Harlem clothing store that ended in a deadly shooting rampage at the store, was a featured speaker at the March 31 rally, called “The March for Trayvon Martin,” where he advocated for Zimmerman’s prosecution.

CRS expenditures related to the anti-Zimmerman protests continued through mid-April. Between April 11 and April 12, CRS spent $552.35 “to provide technical assistance for the preparation of possible marches and rallies related to the fatal shooting of a 17 year old African American male.”

Local government officials noticed the Department of Justice’s efforts in building “bridges of understanding” in Sanford.

“Congratulations to our partners, Thomas Battles, Regional Director, and Mildred De Robles, Miami-Dade Coordinator and their co-workers at the U.S. Department of Justice Community Relations Service for their outstanding and ongoing efforts to reduce tensions and build bridges of understanding and respect in Sanford, Florida,” wrote Amy Carswell, Miami-Dade County Community Relations Board Program Officer, in an April 16 email.

Continue Reading and special thanks to The Daily Caller

Only a few supporting documents were attached to this article.  I filed a FOIA request for all documents pertaining to these protests, expenditures, etc., and received the following:

Documents from the Community Relations Service (CRS), part of the Department of Justice (DOJ) [201 Pages, 12.76MB]