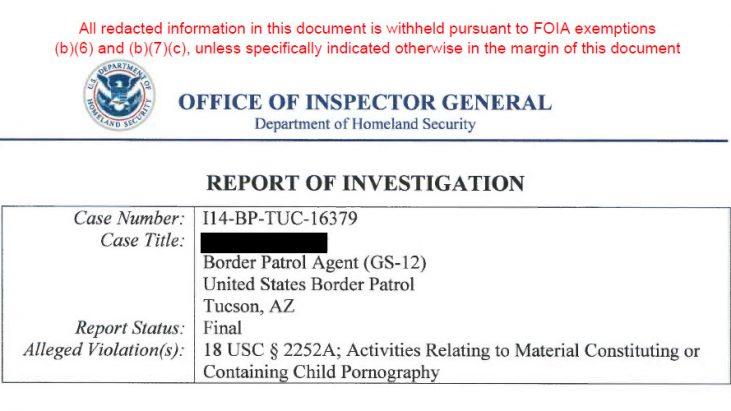 WARNING: The contents of this investigation are disturbing. There are graphic written details (the report contains no visuals) which some may find disturbing.

The Department of Homeland Security (DHS) Office of Inspector General (OIG) initiated this investigation based on an allegation received from the Joint Intake Center, Washington, D.C., that [ REDACTED ] was involved in the illegal manufacturing and distribution of child pornography.

During the course of this investigation, the DHS OIG assisted in the execution of a search warrant, conducted database checks, reviewed records, and conducted a subject interview.

The DHS OIG investigation of the allegation was substantiated and was indicted, arrested, pled guilty and [ REDACTED ] was sentenced to 71 months incarceration and supervised released for life.