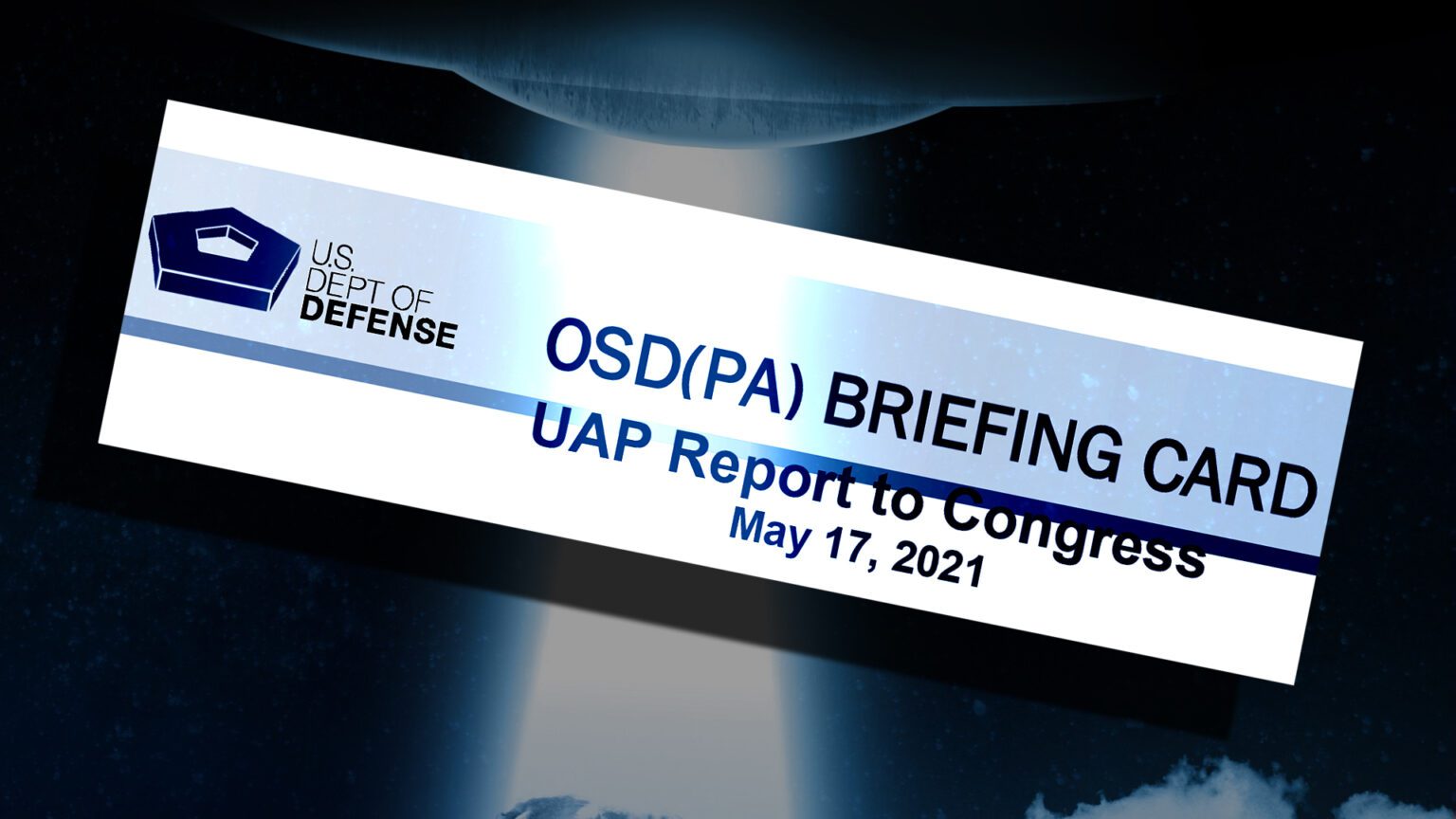 The following document was released via the Freedom of Information Act (FOIA) and obtained by The Black Vault.

It is an internal unclassified document, known as a “Briefing Card.”  These are used to assist public affairs officers, spokespeople, and those from other agencies dealing with questions on various topics.

This particular card, outlines all that was approved to say about UAPs / UFOs.

Although most of the “answers” provided on the card stem from numerous statements that have been released throughout the past few years; it does represent a document that as of May 17, 2021, was a culmination of their “approved talking points” on the UFO issue.