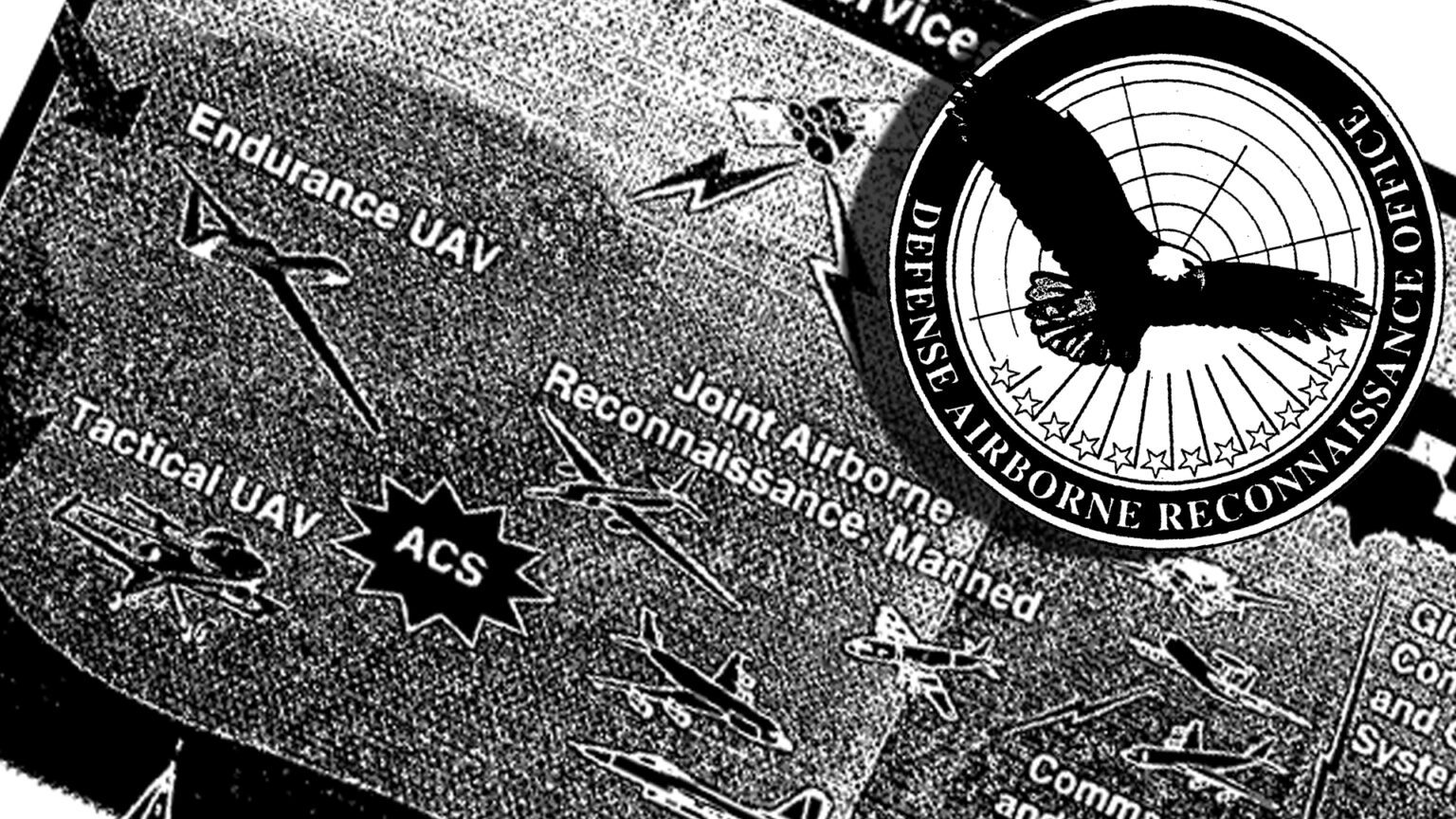 The Congressional Authorization Conference in November 1993 sent a message that was clearly received by the Department of Defense (DoD). The report said that, in this new, post-Cold War era, “tactical reconnaissance is relatively more important to national security than at any other time in our history.” At the same time, a new approach was requested that would “bring management attention, order, and efficiency” to tactical airborne reconnaissance development and acquisition. On 6 November 1993, in response to Congressional concerns, the Deputy Secretary of Defense (DepSecDef) created the Defense Airborne Reconnaissance Office (DARO), under the Under Secretary of Defense (Acquisition and Technology) (USD(A&T)).

The DARO has been charged with unifying existing reconnaissance architectures and enhancing the management and acquisition of all joint Service and Defense-wide manned and unmanned airborne reconnaissance/surveillance capabilities.

DARO is engaged in the task of benchmarking its fundamental responsibilities and resources. It will create the climate necessary for change by concentrating its energies in the following areas: (a) assessment and tradeoff of system level capabilities; (b) analysis of system requirements to ensure interoperability; (c) development of new and improved sensor technologies; (d) pursuit of Advanced Concept Technology Demonstrations; and (e) development of a unifying airborne reconnaissance architecture consistent with other reconnaissance related roadmaps. The architecture will be joint and integrated, address manned and unmanned systems, stress open and digital designs, be adaptable to changing threats and include multi-level secure communications linked into the global network.

In developing an effective unmanned aerial vehicle (UAV) program plan, an evolutionary approach is the most prudent course of action given the existing and forecast budgetary environment. An evolutionary approach to the migration of UAVs into the mainstream of tactical reconnaissance capabilities builds on mature technologies, while permitting a “phased” approach to architectural development, testing, and operational employment. A broad range of alternatives exists, and now is the time to make a commitment to a proper mix of UAVs and manned reconnaissance capabilities. These alternatives will be available as developments warrant and simulations validate the interoperability of UAVs and manned aircraft to meet mission needs. Figure ES-1 identifies the major UAV programs that are the primary focus of the DARO. Other UAV systems discussed in this document for completeness and context are shown in relation to the primary DARO programs in Figure ES-2. This initial UAV program plan embraces lessons learned from past UAV programs and builds on recommendations of the 1993 Defense Science Board (DSB) Summer Study on  global Surveillance and the DoD Deep Target Surveillance/Reconnaissance Study to integrate manned and UAV capabilities. Most importantly, this plan highlights the ultimate goal of any military system or plan — service to the warfighter.