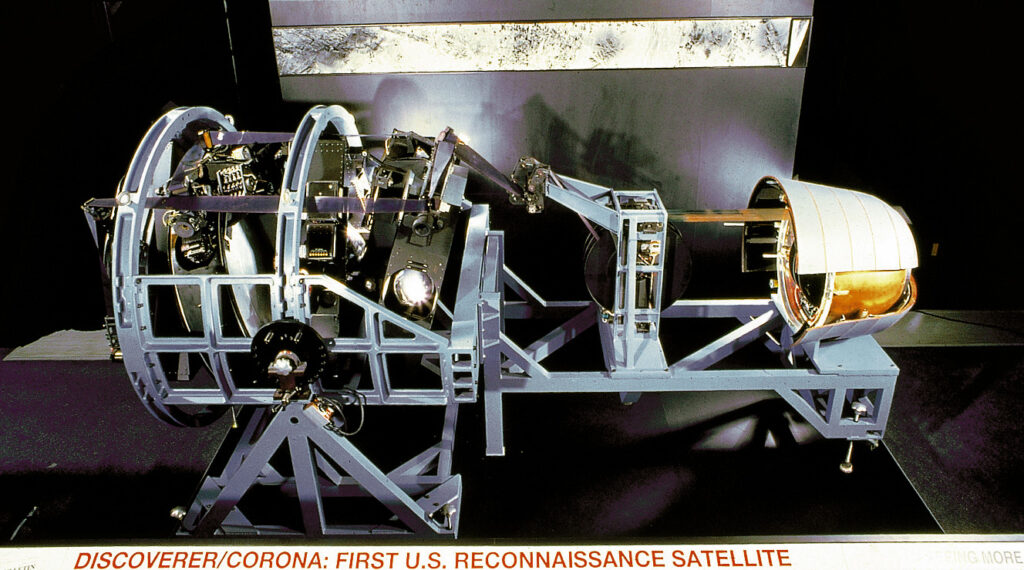 Corona was the name of a series of the U.S. military reconnaissance satellites operated under a CIA program run by the Directorate of Science & Technology with substantial assistance from the US Air Force, used for photographic surveillance of the Soviet Union, China and other areas from June 1959 until May 1972. The project name is sometimes given as CORONA, but it is a codeword, not an acronym.

The secret spy satellite was dubbed Corona by the CIA. To disguise its true purpose, it was given the cover name Discoverer and described as a scientific research program.

A Tribute to the People of the Air Force Satellite Control Facility; The National Security Impact of Its Corona Satellites, April 2007 [ 30 Pages, 8.43 MB ]