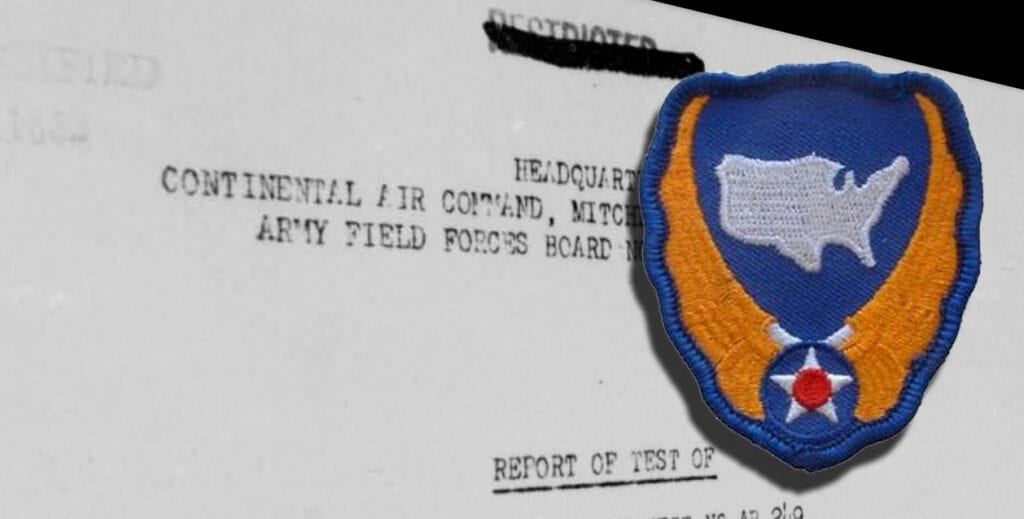 Continental Air Command (ConAC) (1948–1968) was a Major Command of the United States Air Force (USAF) responsible primarily for administering the Air National Guard and Air Force Reserve. During the Korean War, ConAC provided the necessary augmentation to the regular Air Force while it rebuilt itself under wartime conditions. Later, during the 1950s, it was a training force for reservists with no prior military service. ConAC provided peacetime airlift missions for the Air Force. It was mobilized twice in 1961 and 1962 by president Kennedy for the Berlin and Cuban Missile Crisis. Lastly, it was used by president Lyndon B. Johnson for airlift operations into the Dominican Republic and South Vietnam. It was inactivated in 1968 and replaced by Headquarters, Air Force Reserve (AFRES).

Below, you will find numerous histories pertaining to ConAC.

The Black Vault wishes to thank Cory Newman, a FOIA researcher, investigator, and collector of these records. He has graciously donated them to The Black Vault for preservation and online distribution.