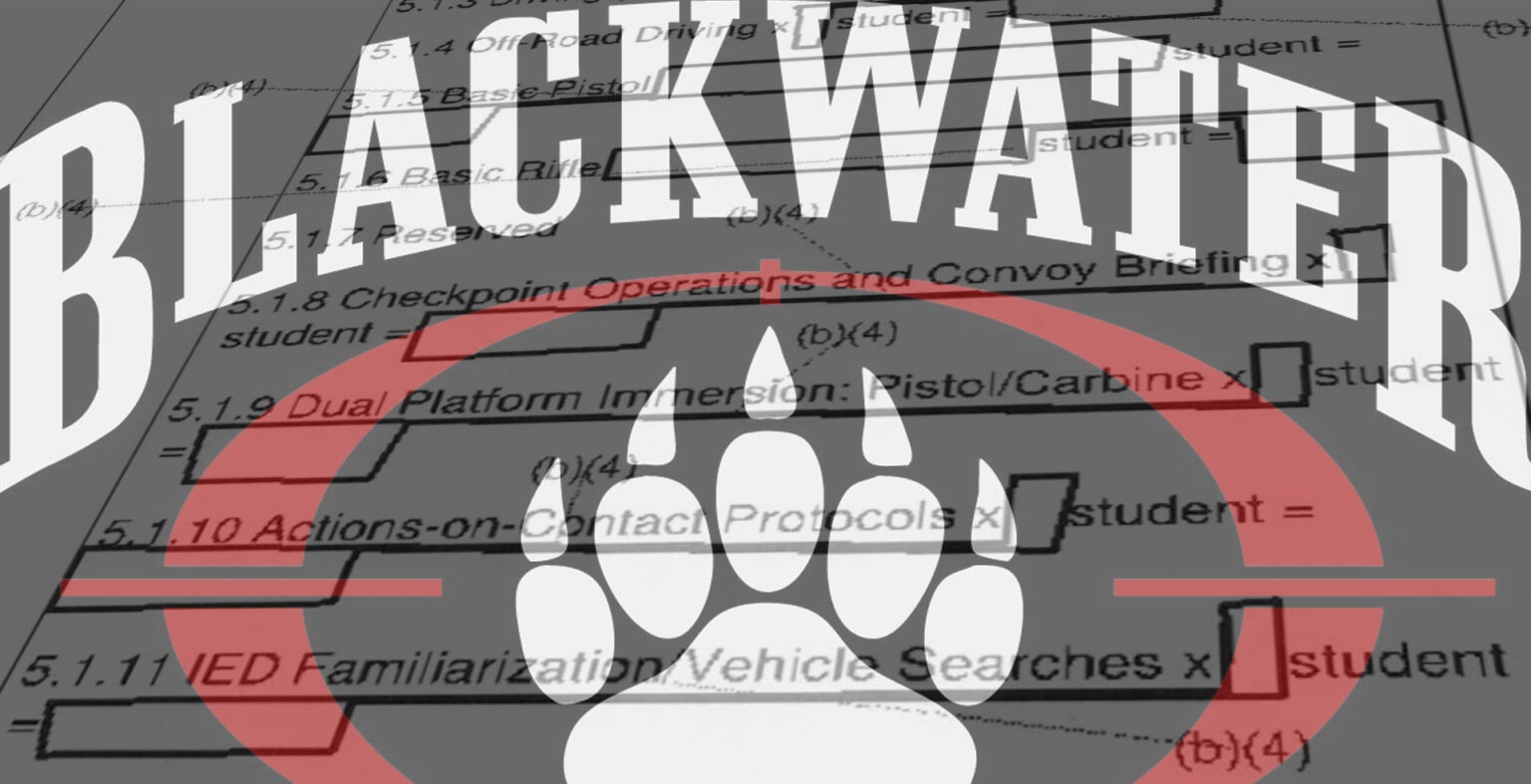 According to Wikipedia, here is some background on Academi, formerly Blackwater:

“Academi is an American private military company founded in 1997 by former Navy SEAL officer Erik Prince as Blackwater, renamed as Xe Services in 2009 and known as Academi since 2011 after the company was acquired by a group of private investors. The company received widespread notoriety in 2007, when a group of its employees killed 14 Iraqi civilians and injured 20 in Nisour Square, Baghdad, for which four guards were convicted in a U.S. court. Academi provides security services to the United States federal government on a contractual basis. Since 2003, the group has provided services to the Central Intelligence Agency. In 2013, Academi subsidiary International Development Solutions received an approximately $92 million contract for State Department security guards.”

In July of 2014, I went after all contracts between this company and the Defense Intelligence Agency (DIA). In March of 2019, the DIA finally released responsive records (the were added to The Black Vault 12/11/2020).

The available documents are below.