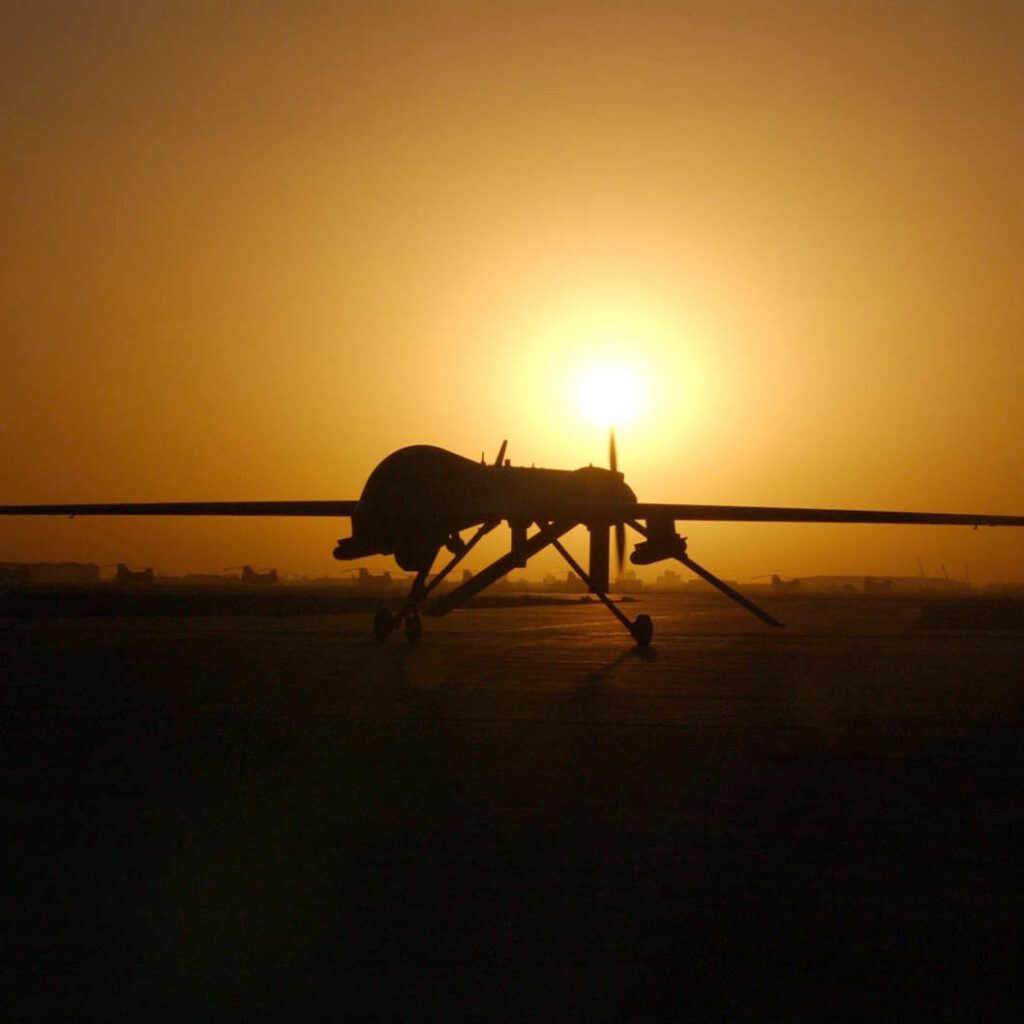 According to the Department of Defense, published on March 16, 2009:

The incident occurred Feb. 25, about 60 miles northeast of Baghdad, officials said in a statement.

Two coalition aircraft were directed to visually identify the unmanned aerial vehicle after it was detected hovering inside the Iraqi border. The pilots confirmed that it wasn’t a coalition aircraft and that no collateral damage would result from a shoot-down.

Coalition air forces tracked the UAV for nearly one hour and 10 minutes before the pilots engaged and shot it down “well inside Iraqi airspace,” officials said.

Officials said they believe the drone to be an Iranian-made Ababil 3 model UAV.

“I think it’s one of the significant challenges that we’re going to face over the next several years,” he said. (Source)

Documents from the DOD Regarding the Incident [11 Pages, 2.13MB]