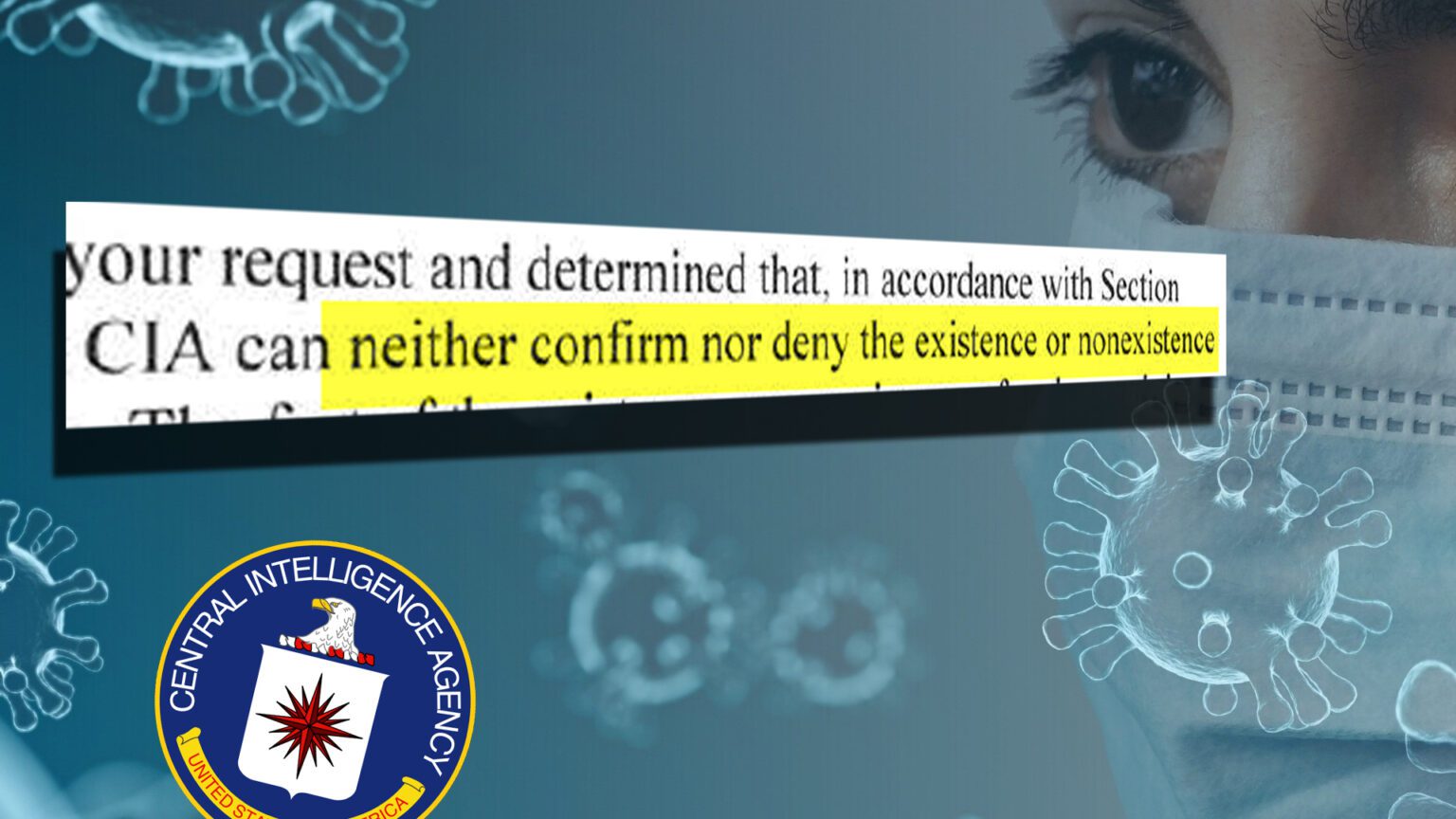 On March 31, 2020, The Black Vault filed a FOIA request with the CIA for e-mails sent to or from then Director Gina Haspel (FOIA Case F-2020-01212). The keywords sought after included, “PANDEMIC,” “COVID19,” “COVID-19,” and “Coronavirus.” The request did not stipulate a timeframe, and asked for a search of Haspel’s e-mails that was feasible. This likely would include her first date as CIA Director, which was April 26, 2018, through to at least the date of the request.

The CIA’s final response after more than a year and a half is what is known as a “GLOMAR response.” This is when an agency “can neither confirm nor deny the existence or nonexistence of such records responsive” to any particular request.

The question does arise if the CIA will blanket deny 100% of requests that come in on their director’s e-mail box, and this is just standard practice. In another case from 2019 (FOIA Case F-2020-00333), The Black Vault filed for a search of Haspel’s emails for the keyword, “Ciaramella,” which tied in to the alleged CIA whistleblower who exposed President Donald Trump’s phone call with the president of Ukraine which led to Trump’s impeachment trial. This case also yielded a “GLOMAR response,” but in that case, that outcome is somewhat expected, given his identity was not confirmed at the time of filing.

If it were standard practice, it does not seem reasonable that it would take more than a year and a half to offer a GLOMAR response. It would be expected that upon filing, for any keyword search on a CIA director’s e-mail box; it would just be immediately denied.

The Black Vault has numerous other cases currently still open for e-mails sent to or from Haspel and those cases will be posted upon completion.

The final response letter is below: