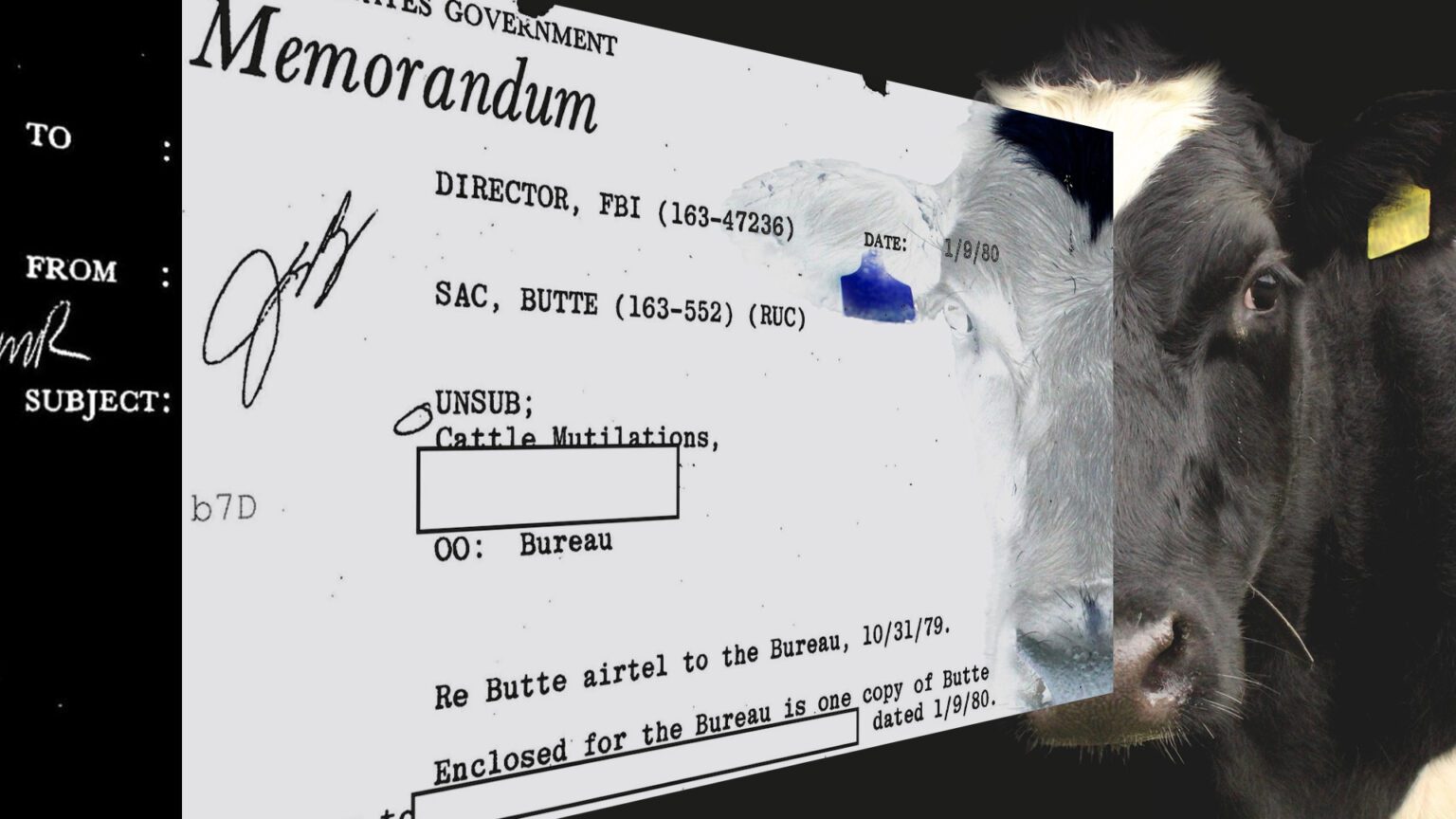 Cattle mutilation (also known as bovine excision) is the apparent killing and then mutilation of cattle under unusual or anomalous circumstances. Sheep and horses have been allegedly mutilated under similar circumstances.

Animal & Cattle Mutilations – FBI Release #1 – [131 Pages, 9MB] – This is a compilation of the original release by the FBI on Animal and Cattle Mutilations.  In the mid-1970s, reports of scattered animal mutilations in western and mid-western states concerned many people. The FBI was asked to investigate, but was unable to do so because of a lack of jurisdiction (except when such mutilations were found on Indian lands). These files consist mainly of press clippings and correspondence concerning the issues between 1974 and 1978.

Animal & Cattle Mutilations – FBI Release #2 – [10 Pages, 3.8MB] – In early 2018, I requested additional records relating to Animal and Cattle Mutilations, that were not released in the above records, and ultimately posted on the FBI’s “Vault” website. Based on this response, I did request any additional documents. On August 8, 2018, the FBI sent me a letter and said now I have everything, and no more records exist.

Animal & Cattle Mutilations – FBI Release #3 – [41 Pages, 15MB] – This was a continuation of the above requests. In July of 2021, I filed a FOIA request for records not posted to the FBI’s “Vault” website. To my surprise, numerous pages came up.

For this particular release, to expedite it, I amended the request for records dated 2000-2005, which yielded approximately 40 pages on the estimate. That drastically reduced the processing time. Although the records did get partially released, it was an animal mutilation, but nothing mysterious. However, the FOIA request also revealed that more records should have existed (unknown if they were involving the same case) but those records were both lost — and they had proof some were likely destroyed.