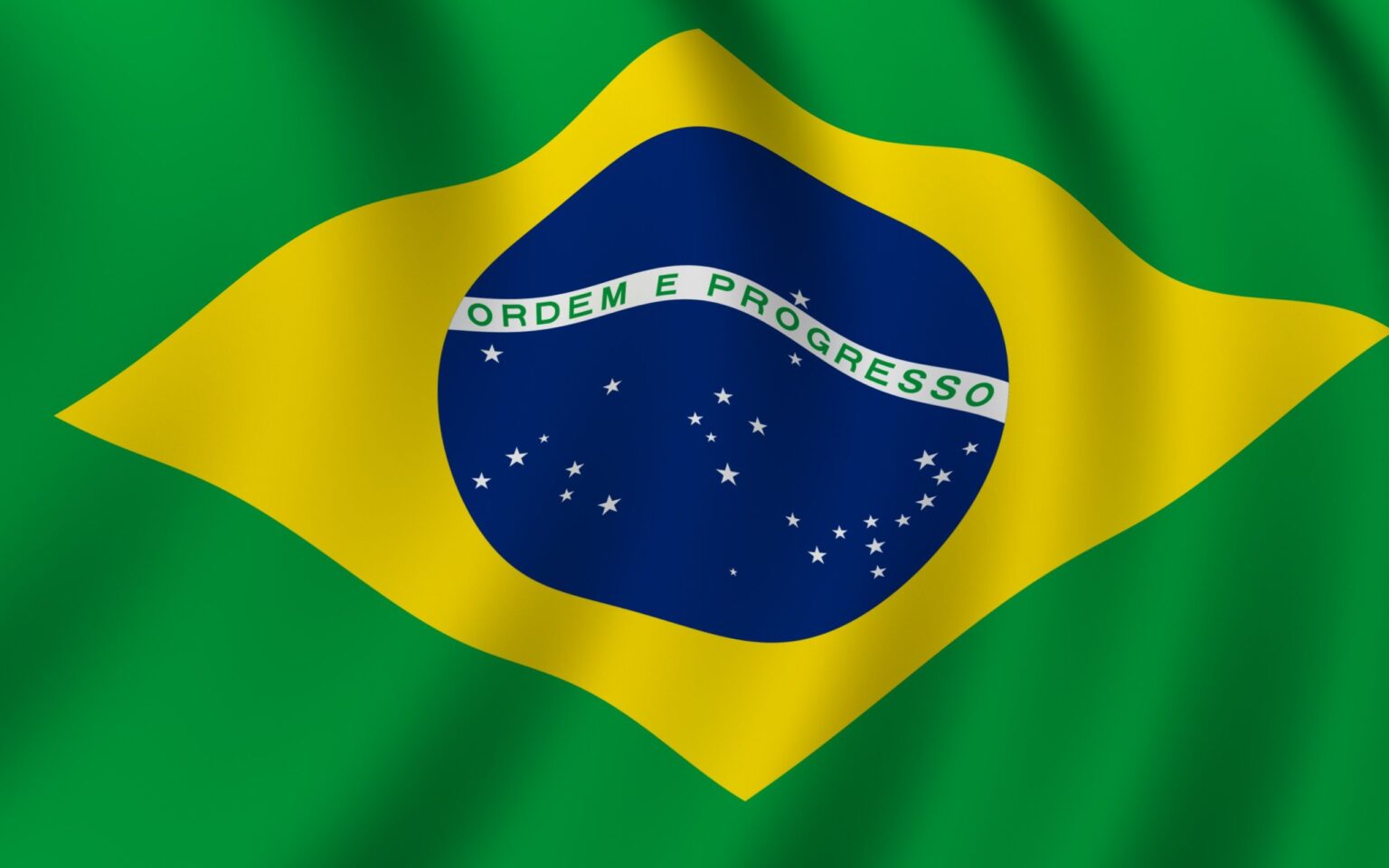 The following documents have been archived at The Black Vault for research purposes.

You will find below the documents released from Brazil. Please contact me at [email protected] if there are any translations done of the material, and I will also post it here.

Here is a note from A.J. regarding the most recent release:

“As of May 4th, 2009, [the]Brazilian Government has disclosed over 600 new pages of previously classified documents, covering UFO reports and military investigations from 1970 to 1979, including photos and films, for the first time.

The content of this material has now been examined and proved to be very interesting and revelatory of Brazilian official strategy to cover UFO cases, often openly regarded as ‘from external sources’ in these new documents, meaning from outside Earth. The cases covered and the methods used to investigate them by the military are also very significant.”

CENDOC ENVELOPE #01 – 1970 – This folder contains statements delivered at a police station in the city of Bauru (SP). The office was linked to the extinct DOPS, an acronym to name the feared Brazilian Department of Political and Social Order during military dictatorship. There are also reports of numerous UFO sightings occurred in many cities of the state of Sao Paulo. Such reports highlight the good reputation with which police officers regard the witnesses. There are also occurrences from the state of Rio Grande do Sul involving an unsuccessful attempt of an official car to chase a UFO – the object exploded in the air without leaving a trace.

CENDOC ENVELOPE #02 – 1971 – Military reports addressed to Brig. Gervasio Duncan and Gen. Moacyr Uchoa describing UFOs flight and landing in the states of Rio Grande do Sul and Rio de Janeiro, including a UFO chasing aircraft and sightings of 2-meter tall beings beside their spacecraft in the city of Belo Horizonte (MG). Report from the Division of Security Information of the 2nd Air Zone Command on the spotting of UFOs by radars in the region of Varginha (MG). It also contains an official report sent to the Air Force Command on the sighting of a large flying saucer with several windows over Presidente Dutra highway.

CENDOC ENVELOPE #03 – 1972 – Newspaper clippings reporting UFO sightings followed up by military and police forces at the time. One case describes how two UFOs chased a bus carrying 34 students onboard. Military telegrams including one from the Air Base in Rio de Janeiro informing a UFO sighting at Morro da Onsa – the landing site was spotted by a FAB aircraft. A document from the Division for Flight Protection on the 3rd Air Zone describing UFO sightings in June 1972 as a “swarm of fish”. Letters and instructions.

CENDOC ENVELOPE #04 – 1973 – DOPS report containing statements delivered by Sao Paulo city teachers on UFO sightings occurred between municipalities of Ubirajara and Galia in August-October 1972. UFOs there seen had the ability to split and rejoin their pieces which illustrates their intelligent behavior towards the witnesses. Bulletins from the Sociedade Pelotense de Investigação e Pesquisa de Discos Voadores, from April to October 1973 containing articles on the Brazilian cases emphasizing several occurrences registered in the state of Rio Grande do Sul. The fact suggests that Brazilian researchers had been monitored by the Air Force.

CENDOC ENVELOPE #05 – 1974 – This folder contains memos from the Office of Public Security of the State of Sao Paulo addressed to the commander of the 4th Air Zone – investigations carried out by Sorocaba and Votorantin police stations on UFO sightings in those municipalities were altogether forwarded.  There are also materials from civil ufologists. Letter from the Canadian UFO Research to the 4th Air Zone requesting information on the ufological occurrence in the city of Arasariguama (SP) which resulted in a certified death of witness. Copies of the report from Centro de Investigação Civil de Objetos Aéreos Não Identificados on the UFO spotted and registered in Belo Horizonte plus details of the case.

CENDOC ENVELOPE #06 – 1975 – This one contains documents generated by several civil associations throughout the country which clearly indicates the government surveillance on researchers’ activities. Among those pages are bulletins from Sociedade Pelotense containing researches on animal mutilations, correspondence exchanged by the Air Force and Gen. Moacyr Uchoa, and also a summary of David Jacobs’ book, The UFO Controversy in America. Strangely enough, it also contains an Italian citizen’s statement reporting a UFO occurrence caught by movie camera in 1975 – the movie would have been sent to the USA.

CENDOC ENVELOPE #07 – 1976 – Memo from the minister of aeronautics’ chief of staff to the head of the Air Force regarding the release of reports on Caso Ilha da Trindade, occurred in 1958. Both response and letter from requestor are attached including a brief on the Center For UFO Studies which was directed by ufologist J. Allen Hynek. There are also correspondence exchanged among Brazilian ufologists and the military concerning a cooperation for sharing of materials such as UFO case studies and bulletins. Also a letter dated 25 May 1976 from Brazilian Air Force representative in Washington requesting the Air Force Command for information to the US researcher.

CENDOC ENVELOPE #08 – 1977 – Includes a protocol by Salvador Air Base undersigned by several brigadiers reporting occurrences in which military reported sightings of large UFOs followed by smaller ones. Air traffic controller and other seven witnesses claim to have seen a large UFO that would be the “mother ship”. Also letters exchanged by Brazilian and foreign civil ufologists with Air Force military. Among these, there is one request from researcher Bob Pratt concerning UFO incidents in USA territory. There are also reports on sightings that triggered Operacao Prato.

CENDOC ENVELOPE #09 – 1978 – Assorted materials including issues of research bulletins and the case of abduction of Australian pilot Frederich Valentich. This folder contains a protocol by the Ministry of Aeronautics describing UFO sightings at the country’s capital including reports of witnesses being chased by flying saucers. Also a letter from the 5th Regional Air Command, in Canoas (RS), containing illegible registers on a UFO case, and the investigation of the 4th Regional Air Command on the UFO that hovered over a plot of land at low altitude beside a family’s residence in Sao Paulo.

CENDOC ENVELOPE #10 – 1978 – This is the folder which contains more information including reports on several sightings all over the country. Reports from Operacao Prato account for most of the material in the folder amounting to 170 report pages and 126 mission pictures. The most important cases are there and include maps, diagrams and other sketches of varied UFOs and mother ships. Materials describe UFO trajectories, geographical coordinates, view angles, time, and physical effects caused by UFOs on soil and people when there were direct contacts.

CENDOC ENVELOPE #11 – 1978 – Reports from a serious occurrence registered by the I Integrate Center for Air Defense and Air Traffic Control (Cindacta) on the night of June 20th, 1978. A multicolored UFO performed maneuvers at high speed causing panic. The object showed intelligent behavior and ability to vanish from one spot to reappear in another. The chief of police and 20 of his men were witnesses to that. There is also a transcription of talks between radar operators and three civilian aircraft over a UFO sighting among Campinas, Marilia, Pirasununga and Brasilia cities.

CENDOC ENVELOPE #12 – 1979 – This folder contains interesting material on civil UFO investigation both in Brazil and abroad. The 2nd Regional Air Command (COMAR) forwards tens of articles published by US magazine International UFO Reporter and also newspapers. There is also a letter from an attorney of Banco do Brazil on his experience with a UFO on 26 February 1979 and an enquiry from Comitê Nacional de Investigacoa de Fenômenos Aéreos to the governments of Brazil and US. These contains parameters for the scientific research of UFOs and other enquiries.