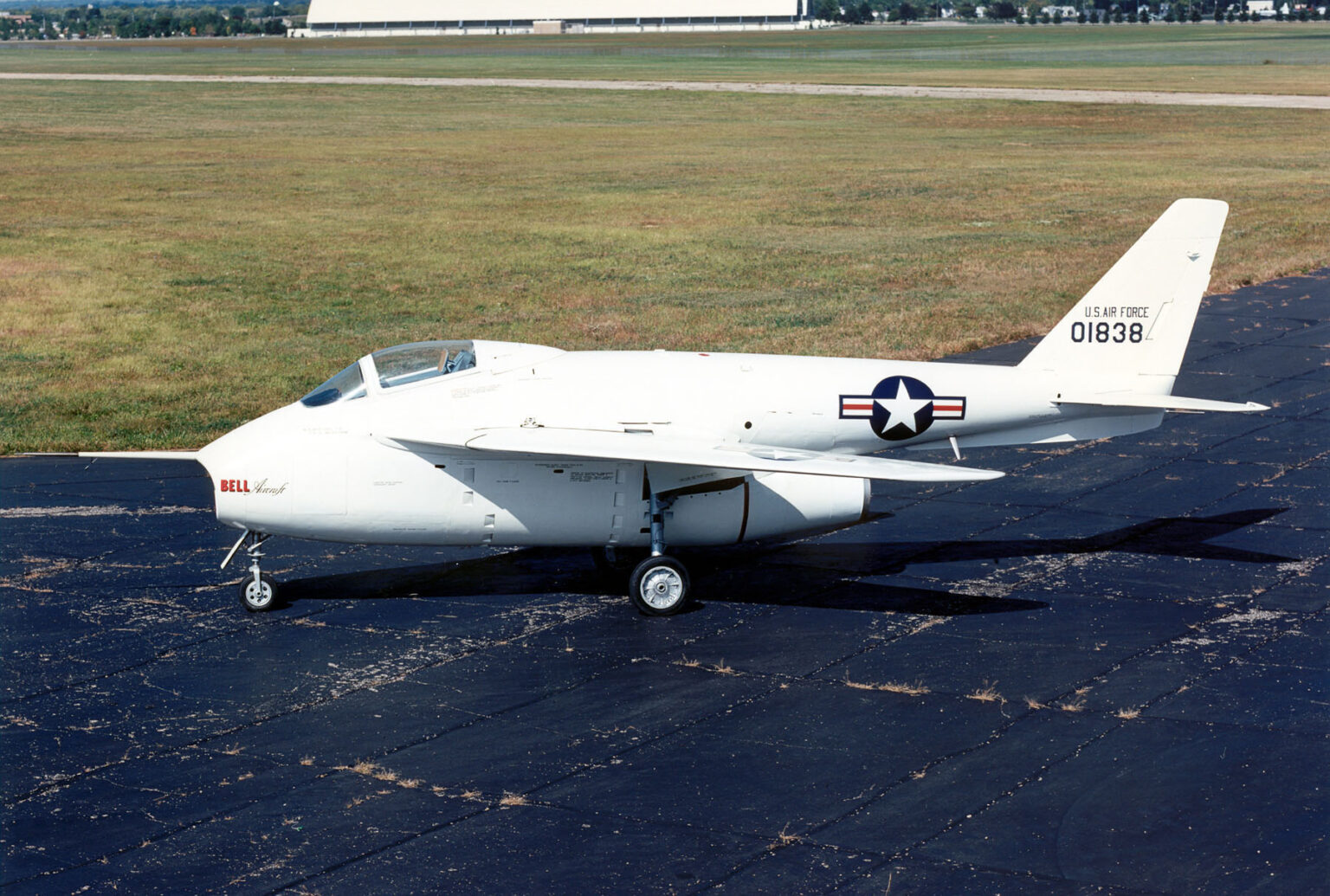 The Bell X-5 was the first aircraft capable of changing the sweep of its wings in flight. It was inspired by the untested wartime P.1101 design of the German Messerschmitt company. In contrast with the German design, which could only have its wing sweepback angle adjusted on the ground, the Bell engineers devised a system of electric motors to adjust the sweep in flight.