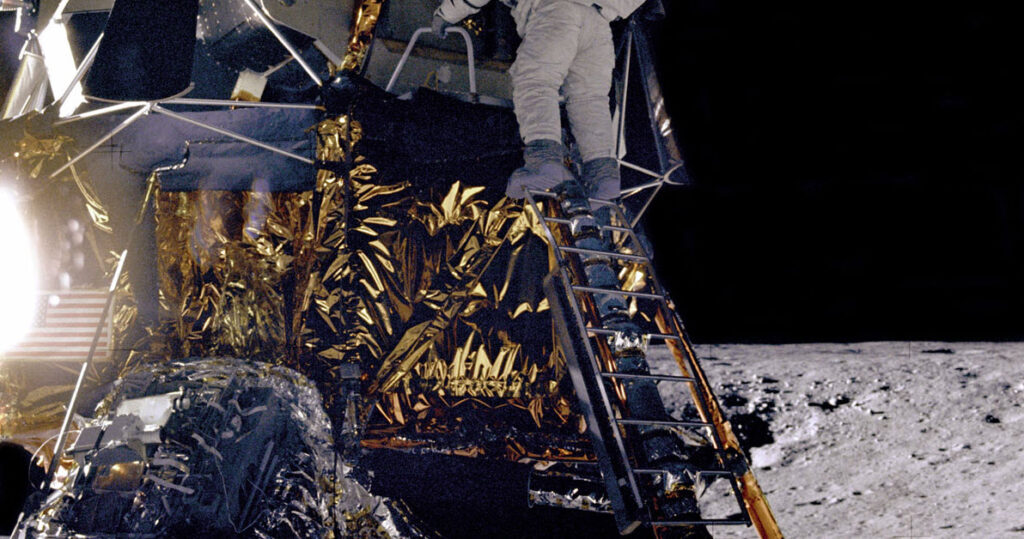 The Apollo program was a human spaceflight program undertaken by NASA during the years 1961-1975 with the goal of conducting manned moon landing missions. In 1961, President John F. Kennedy announced a goal of landing a man on the moon by the end of the decade. It was accomplished on July 20, 1969 by the landing of astronauts Neil Armstrong and Buzz Aldrin, with Michael Collins orbiting above during the Apollo 11 mission. Five other Apollo missions also landed astronauts on the Moon, the last one in 1972.

Apollo 11 Customs & Immigration Declaration Form (Rarely seen, and yes, they had to fill one out) [1 Page, 130KB]

The Lunar Surface, 1962 [72 Pages, 2.06MB] – The lunar observational techniques and their limitations and some current concepts relating to the surface of the moon are described in order to provide some insight to the current state of knowledge. Recent books, papers, charts and publications in the open technical literature through August 1962 were the principal sources of information. For a review of studies related to this subject, a selection of applicable document references is included.