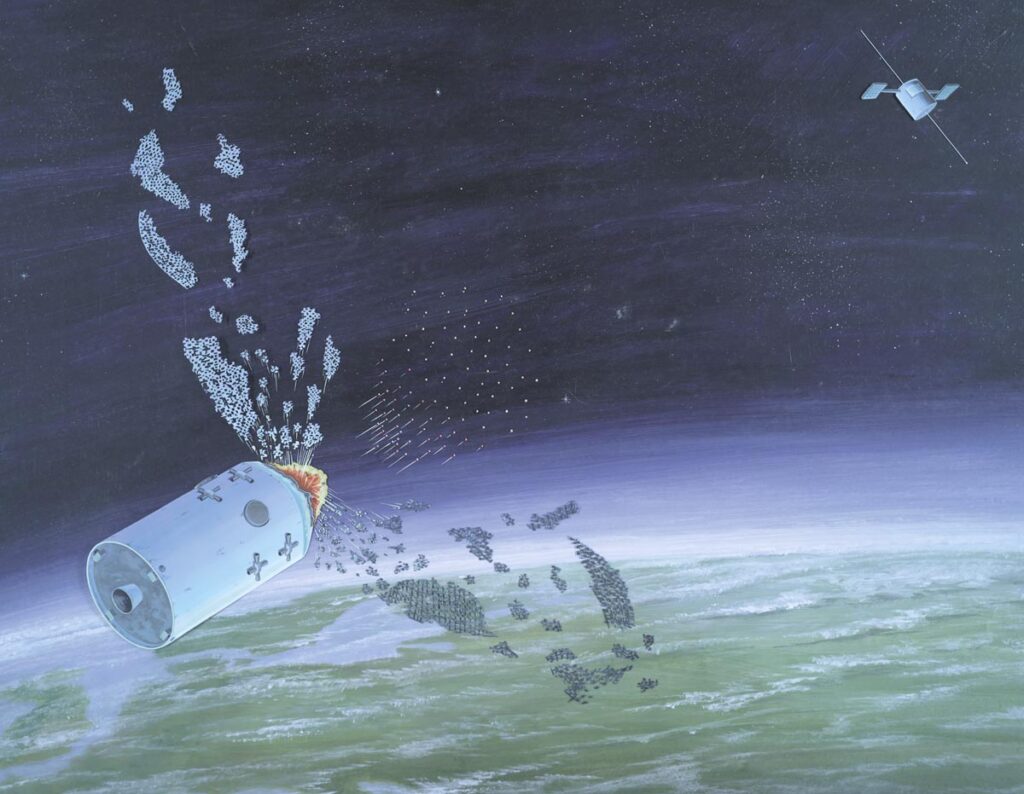 Anti-satellite weapons (ASAT) are space weapons designed to incapacitate or destroy satellites for strategic military purposes. Currently, only the United States, the former USSR (now Russia) and the People’s Republic of China are known to have developed these weapons. On September 13, 1985, the United States destroyed US satellite P78-1 using an ASM-135 ASAT anti-satellite missile and malfunctioning US spy satellite USA-193 using a RIM-161 Standard Missile 3 on February 21, 2008. On January 11, 2007, China destroyed an old Chinese orbiting weather satellite.