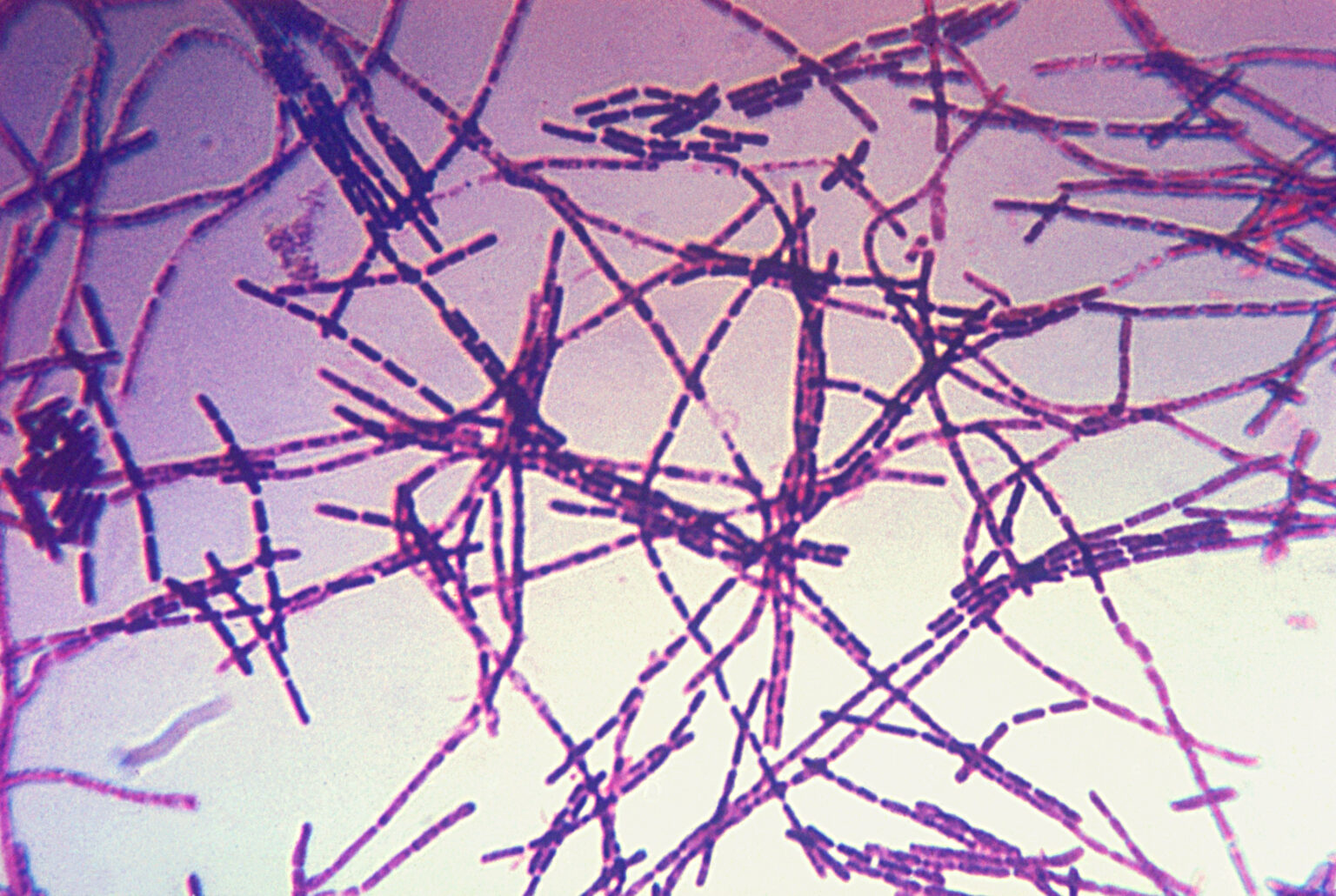 A photomicrograph of Bacillus anthracis bacteria using Gram stain technique. Anthrax is diagnosed by isolating B. anthracis from the blood, skin lesions, or respiratory secretions or by measuring specific antibodies in the blood of persons with suspected cases.
Biological / Chemical Weapons

“Anthrax was first tested as a biological warfare agent by Unit 731 of the Japanese Kwantung Army in Manchuria during the 1930s; some of this testing involved intentional infection of prisoners of war, thousands of whom died. Anthrax, designated at the time as Agent N, was also investigated by the allies in the 1940s. The British army tested experimental anthrax weapons on Gruinard Island, off the northwest coast of Scotland, in 1943. Gruinard was burned over at least once, yet as of the late 1980s, it was still too heavily contaminated with spores to allow unprotected human access, indicating the hardiness of anthrax spores. Weaponized anthrax was part of the U.S. stockpile prior to its destruction in 1972.”

Office of the Secretary of Defense Proliferation: Threat and Response