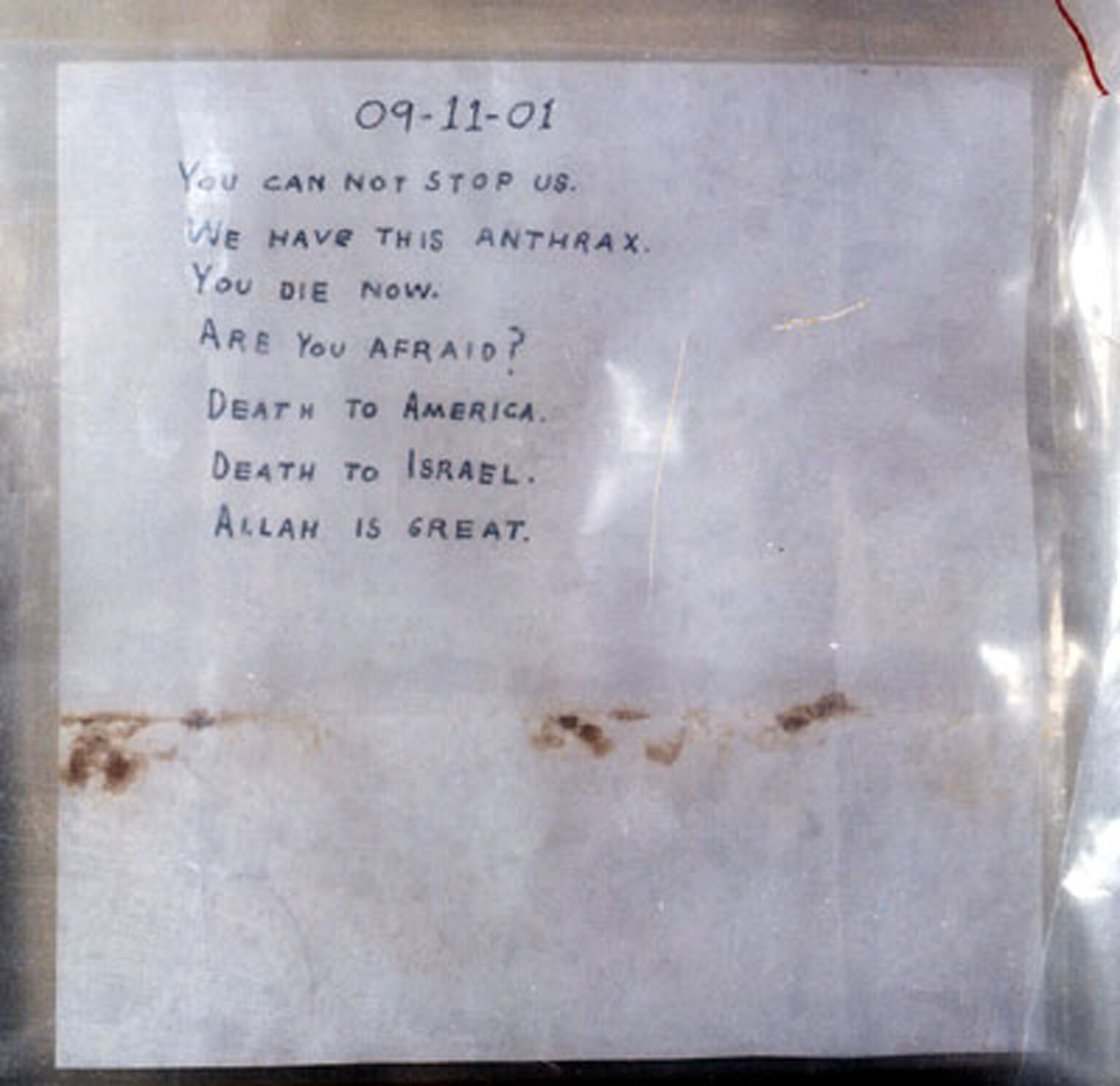 Soon after the terrorist attacks of 9/11, letters laced with anthrax began appearing in the U.S. mail. Five Americans were killed and 17 were sickened in what became the worst biological attacks in U.S. history.

The ensuing investigation by the FBI and its partners—code-named “Amerithrax”—has been one of the largest and most complex in the history of law enforcement.

In August 2008, Department of Justice and FBI officials announced a breakthrough in the case and released documents and information showing that charges were about to be brought against Dr. Bruce Ivins, who took his own life before those charges could be filed. On February 19, 2010, the Justice Department, the FBI, and the U.S. Postal Inspection Service formally concluded the investigation into the 2001 anthrax attacks.

The Amerithrax Task Force—which consisted of roughly 25 to 30 full-time investigators from the FBI, the U.S. Postal Inspection Service, and other law enforcement agencies, as well as federal prosecutors from the District of Columbia and the Justice Department’s Counterterrorism Section—expended hundreds of thousands of investigator work hours on this case. Their efforts involved more than 10,000 witness interviews on six different continents, the execution of 80 searches, and the recovery of more than 6,000 items of potential evidence during the course of the investigation. The case involved the issuance of more than 5,750 grand jury subpoenas and the collection of 5,730 environmental samples from 60 site locations. In addition, new scientific methods were developed that ultimately led to the break in the case—methods that could have a far-reaching impact on future investigations.

This interim release of FBI files concerning the investigation consists of a total of 2,720 pages and 30 separate files. Additional releases will be made when the files have been processed under the guidelines of the Freedom of Information Act/Privacy.

As a supplement to this release, the U.S. Department of Justice has posted an Investigative Summary on its website at www.usdoj.gov.

The seven sections identified as BEI (Dr. Bruce E. Ivins) are directly related to the investigative efforts and interviews involving Dr. Ivins. The sections include a review of Dr. Ivins’ personnel file, e-mails, police reports, and analysis of samples.

There are 22 sections listed as USAMRIID (United States Army Medical Research Institute of Infectious Diseases), which pertain to investigative efforts and interviews related to USAMRIID and its personnel.