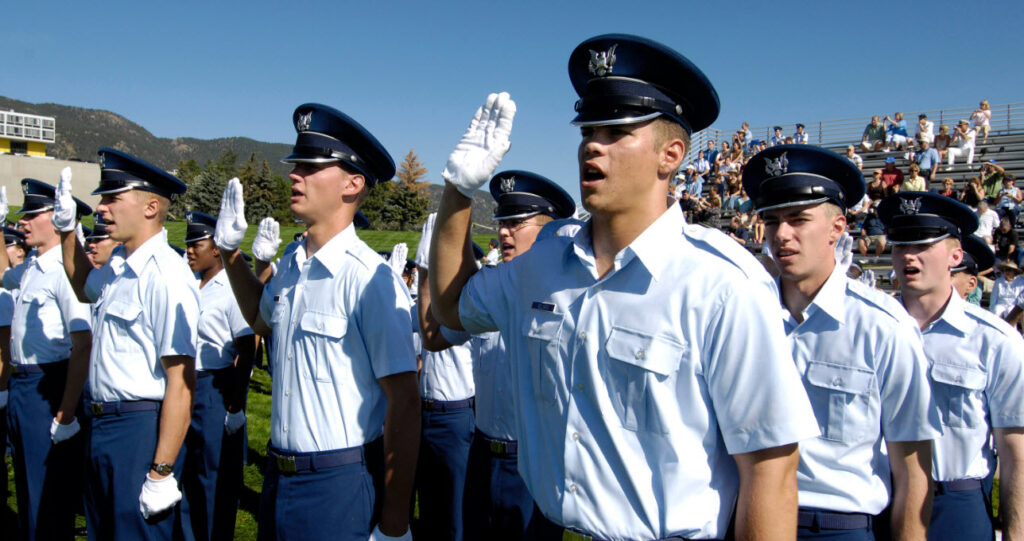 Cadets at the United States Air Force Academy now have the option as to whether to say “so help me God,” when they take their oaths, according to a new report by Air Force Times.

It reads “We will not lie, steal or cheat nor tolerate among us anyone who does. Furthermore, I resolve to do my duty and live honorably, so help me God.”