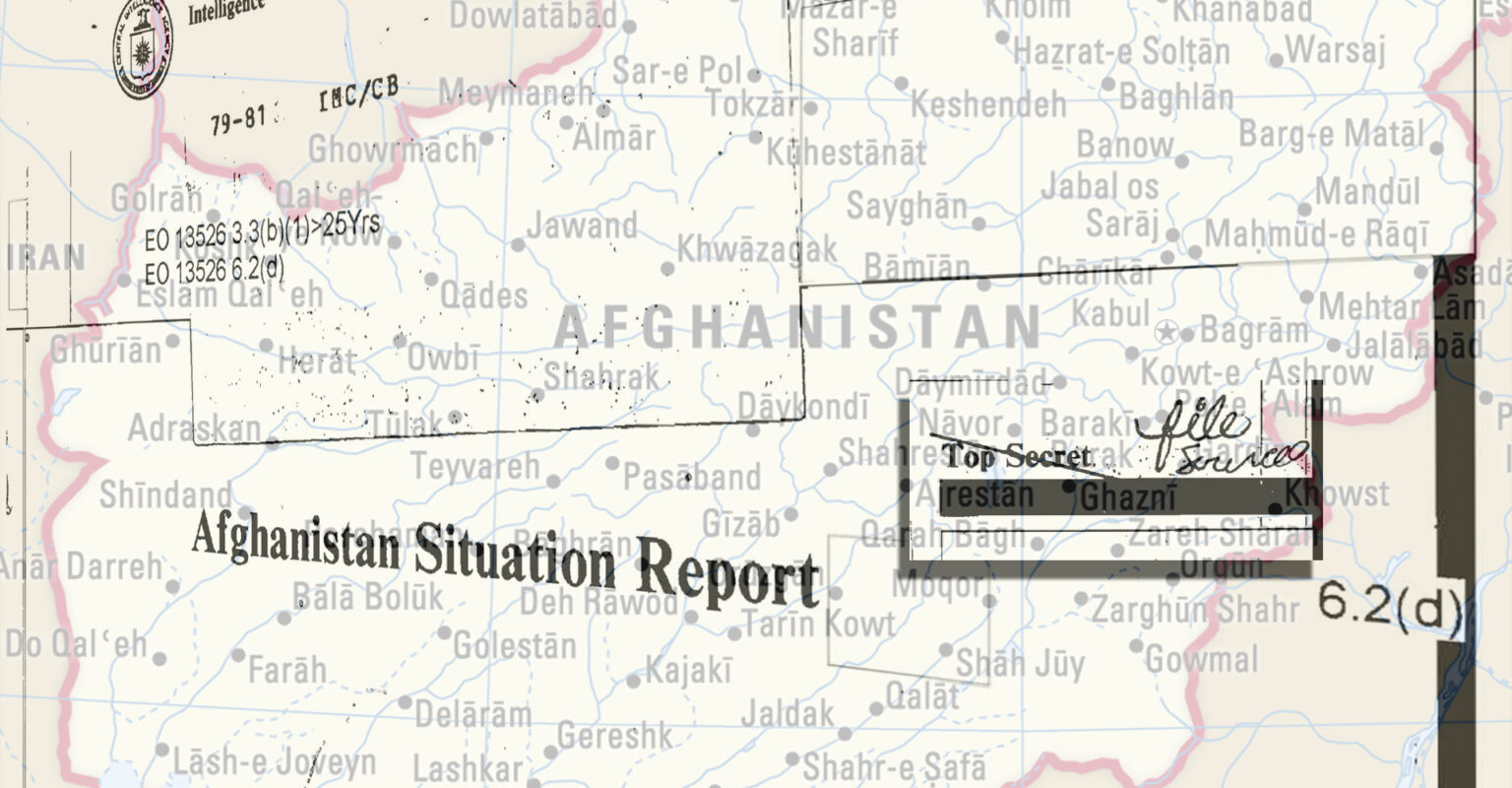 The following is the “Afghanistan Situation Report” dated 4 June 1985.

Although the CIA had previously released the document in 2010, The Black Vault filed a Mandatory Declassification Review (MDR) in April of 2020 to see if additional information could be released.

The below is the result, which did accomplish in getting a few redactions removed.